PSG have started the Ligue 1 season like a house on fire; will they continue that as they host Lille? Find out with our Lille vs PSG match preview with free tips, predictions and odds mentioned along the way.

PSG have been fantastic of late and arrive in this game looking to make it 10 straight wins, which is quite the feat regardless of how much money they’ve spent to build their squad. Lille are a decent test for the hosts though with just one loss in their past five. That noted, PSG did manage to complete a league double over them last season so there will be no shortage of confidence in the home dressing room ahead of kick off.

Our next tip for this game is that both teams find the net. PSG have been goal crazy in the early season with a total of 14 goals netted across their three competitive matches played. Lille meanwhile have scored in four of their last five games with a total of eight goals bagged in that period. The last two head to head meetings have seen goals at both ends as well.

Here are the key stats & form guide for Lille vs PSG

Can PSG extend their perfect start?

Lille and PSG arrive in this match unbeaten after the first two league games. It's not all that surprising though as both were amongst the better sides in Ligue 1 last season. With none of the last five head to heads having ended in draws, the idea of both teams maintaining their unbeaten start in this game feels unlikely.

Lille have made a decent start to the season having collected four points from a possible six to this point. Hosting PSG is a real measure of how good they are though and, despite being the home side, if they take anything from this match it will be deemed a great result.

PSG are looking a class apart on the grass right now but all is not well inside the walls of the club; that much is clear. Kylian Mbappe has been accused of getting too big for his boots and there does appear to be friction amongst some of the big personalities. Whether than leaves the door ajar for Lille to win, we will see.

A quickfire FAQ on Lille vs PSG 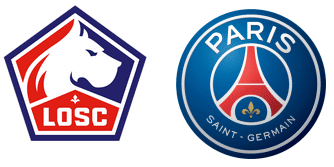