Bayer Leverkusen and Hoffenheim go toe-to-toe at the BayArena in the Bundesliga on Saturday, August 20th. Bayer are aiming to kick start their campaign with a victory over Hoffenheim. Read our free predictions and find the latest odds for the fixture below in our detailed match preview.

Bayer Leverkusen need to find their feet following back-to-back defeats. Can they find form to beat Hoffenheim on Saturday? Read our top predictions for this weekend’s fixture below.

The 2022/23 campaign has started in miserable fashion for Bayer Leverkusen and following back-to-back defeats in their first two assignments, they will be desperate to restore some positivity on Saturday. Hoffenheim came from two down to beat Bochum last time out, though they were tossed aside when the last faced Bayer in May (4-2) and they will fear a similarly heavy loss against their highly-motivated hosts on Saturday. With that result still relatively fresh in the players’ minds, we recommend siding with Bayer this weekend.

Gerardo Seoane’s usually-prolific Bayer outfit haven’t quite clicked into gear as an attacking force this term, though they should have opportunities to blow the cobwebs off on Saturday. Hoffenheim shipped a noteworthy five goals in their first two fixtures of the new Bundesliga season and their poor defensive work could cause them a headache or two again this weekend. While they haven’t shown it so far, Bayer have an abundance of goal-scoring power in the final third and they are priced generously to net over 1.5 times against Die Kraichgauer.

Top Betting Odds and Stats for Bayer Leverkusen vs Hoffenheim

View our collection of the top stats for Saturday’s match below alongside a tool to help you choose the best odds.

Read all of the latest injury updates and team news for Saturday’s Bundesliga duel between Bayer Leverkusen and Hoffenheim below.

Amine Adli, Andrey Lunev, Karim Ballarabi, Robert Andrich and Florian Wirtz are all carrying varying ailments for Leverkusen at present. Bayer somehow lost at home to Augsburg last week, despite mustering 24 attempts to their opponent's six. Surely, they won't be quite so unfortunate on Saturday.

Hoffenheim have several injury issues to report this week. At the back, Kevin Vogt, Ermin Bicakcic and Benjamin Hubner are doubtful, while Angelo Stiller could be absent in midfield. Up front, Ihlas Bebou could also miss out for Andre Breitenreiter's side. 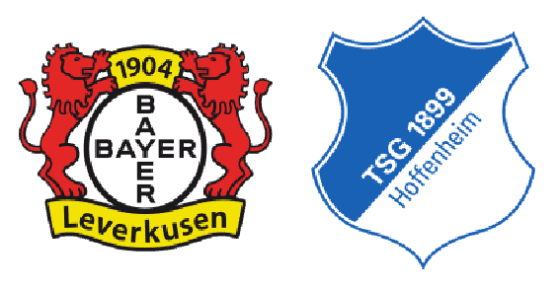 Bayer Leverkusen beat Hoffenheim 4-2 when the teams last met in May.

Who is Bayer Leverkusen’s captain?

Goalkeeper Lukas Hradecky is the current skipper at Bayer Leverkusen.