The first game in the upcoming La Liga round is the Levante vs Athletic Bilbao duel. With that in mind, we have prepared a detailed preview of the match for you, along with some free betting tips.

If you are looking for the best bet for the Levante vs Athletic Bilbao duel, check our La Liga betting tips and our favourite picks for this match:

While the home team is in the relegation zone and still the only team without a win in La Liga this season, the guests are eighth in the standings and doing well, despite failing to get a win in their last three games in the league. Still, with Athletic Bilbao on a three-game winless streak and Levante desperate for a win, we can see this match ending in a draw. After all, the last three h2h duels between these two teams have ended in draws, if we include their Copa del Rey duel which Bilbao won in over time.

Levante and Athletic Bilbao to Draw at Half Time

Since we expect this game to end without a winner, we also believe that the teams will go tied at their half time break. After all, that is the most common half time result for matches that end in a draw. Furthermore, Athletic Bilbao drew at half time in eight of their twelve matches in La Liga this season, while Levante did the same in three of their six home matches this season.

Top odds and useful stats for Levante vs Athletic Bilbao

If you want to bet on the best Levante vs Athletic Bilbao odds, check our list of odds taken from different UK betting sites:

With thirteen rounds of La Liga already gone, Levante is still looking for their first win and they've lost three of their last five matches in the league. So, it's no wonder that Levante is currently in the relegation zone, tied with Getafe for the last place in the standings and already five points away from the first team outside of the relegation zone. Marti, de Frutos, Postigo, and Son are all on the team's injury list at the moment.

The Basque team started the new season well, although they failed to win in their last three matches, one of which was a surprising loss at home to Cadiz. Still, Athletic Bilbao is doing pretty good overall since they are currently eighth in the league with eighteen points from the first twelve matches they played. Nolaskoain, Berchiche, and Vivian are currently injured and they will miss the next game in the leauge. 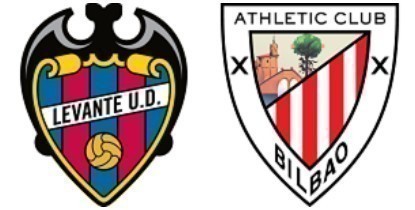