Lens vs Reims fixture kick off our Round 9 previews of the French Ligue 1 games this weekend. We have a detailed analysis of this game, including top free predictions by Football Whispers.

After a fairytale start to the new season, Lens is currently second on Ligue 1 table. But can the hosts keep the momentum going given that these teams shared the spoils in two meetings last season? They also met before the new season kicked off in a club-friendly fixture in August this year, with the hosts winning 2-1 in the first encounter and bagging a point in the second meeting that ended 1-1. The following are our best three picks for this game:

Our first pick is a win for Lens. We are backing the hosts to continue their good run and build on the last victory of 3-2 over Marseille before this match. The hosts have lost only one game since the start of a new season. The loss was due to a red card against Strasbourg. However, they haven’t lost to Reims in the last four meetings during which they bagged 1W and 3D.

Our third pick for this game is goals on both ends. Both teams found the net in six of the last seven matches. Moreover, in the last 16 encounters between these teams, both teams scored in ten of those meetings. The hosts have failed to score in only one of the eight games in Ligue 1 so far while Reims failed to find the net in three of as many matches.

For a good price of 6/5, our third pick gives you a value bet on Grosvenor Sports. Since we are backing goals on both sides and the hosts to win, more than two goals are also plausible.

The Best Match Odds for Lens vs Reims

Lens is having one of their best starts to new season in Ligue 1. The hosts are currently second on the table but with a distant nine points below table-toppers PSG. At third place is Marseille, only a point below Lens. With that, the hosts are under pressure to deliver in this fixture against 11th placed Lens. It is the only way Lens can keep their hot form going into the first quarter of the new Ligue 1 season. However, a poor home record is a big worry for the hosts who have 1W, 2D and 1L in four home games so far. Their home record is similar to away record for Reims in as many matches. The hosts haven’t lost to Reims in the last four meetings, albeit, they failed to keep a clean sheet against each other in those matches. 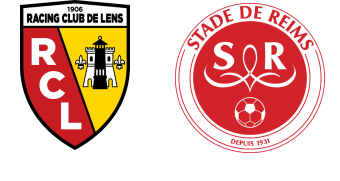 What is the kick-off time for Lens vs Reims?

Which stadium will host Lens vs Reims game?

The match will be played at Stade Bollaert-Delelis in Lens, France.

When is this match set to take place?

This game is scheduled for the first day of October 2021.