The Parisians are on course to early Ligue 1 crown. They are 15 points ahead of second-placed Marseille with five games to spare. A win in this game, hoping that Marseille loses their next game, will have earned PSG a deserved title this season. Find out more in this our detailed analysis.

We expect a massive win for the Parisians in this game and we are tipping them to get the points in both halves. While Lens is equally in a fairly good form after winning all their last three games and four of the last five, the visitors could prove troublesome but not for long.  PSG has a revenge mission in this game especially after settling for a 1-1 draw in the reverse game. Most importantly, Pochettino’s men have their eyes on the title and there is no better place to bag the crown than home ground.

Both PSG and Lens lost once in their last five Ligue 1 matches. Notably, the two teams are also in good scoring run. And while PSG should be the highest scoring team in this duel, especially based on their last four results (all wins) of 3-0, 2-1, 6-1 and 5-1, the Parisians have had troubled defence this season. PSG are likely to concede at least a goal in this game. We have tipped 4-5 goals in this match.

For the best odds on selected UK bookies offering the best prices, check out the tables below.

At this critical stage of the 2021/22 Ligue 1 season, you cannot rule out any team, especially those looking for survival points, stability or one like Paris Saint Germaine hunting for an early title.  This game will be for PSG to lose, albeit, the hosts are wary of a shaky defence that has denied them as many clean sheets as they had last season.

However, 7 draws, 8 wins for PSG and 5 wins for Lens in the last 20 duels shows that Lens will not be a pushover in this duel. The visitors, just like PSG, have four wins and one loss in the last five games. Lens has two clean sheets while PSG has one from their last five matches. However, the fact that PSG is ranked the best team on home soil with no loss so far after 16 games at Parc des Princes this season puts the hosts at the center of this duel. On the flip-side, Lens has the 8th best away record of 6W, 3D and 7L in 16 trips. 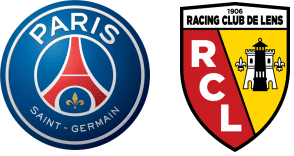 Who will referee PSG vs Lens game?

What time will PSG vs Lens game start?

Where will PSG vs Lens match be staged?

PSG are the hosts at Parc des Princes in Paris, France.