Lens is set to miss out on a European place if the current form persists. Nevertheless, pressure is record-high this season at Stade Bollaert-Delelis following a run of one win in five matches. Follow our review to ascertain the likely outcome of the upcoming encounter between these Ligue 1 teams.

Our best picks for Lens vs Nice prediction

This meeting brings together a fifth-place team and a tenth-place team for the 31st round of Ligue 1 fixtures. Here are our top free tips:

2-3 goals will be scored

Lens recent five home matches ended with an average of 2.5 goals per match. Two of The Blood and Gold’s five recent home encounters ended with two goals. On the other hand, there were three 2-3 goal ranges in Nice’s recent five away matches in Ligue 1. Nice’s last two Ligue 1 matches ended with 2-3 goal-range. Six matches between Lens and Nice produced a 2-3 goal range. Expect two or three goals in the upcoming encounter between Lens and Nice on 4th April.

The previous meeting between Lens and Nice saw Nice emerge victorious with a 2-1 scoreline at Allianz Riviera. Read on to ascertain whether Nice has the necessary arsenals to continue its dominance over Lens.

Lens avoided defeat at home on three occasions in its recent five matches. It welcomes Nice to secure a third win in five Ligue 1 home games in the Sunday evening clash. There is little pressure on Franck Haise because his side has made a strong statement in its second season in Ligue 1 by stating in the top half of the table. Franck Haise will do without the service of Jean who has a knee problem.

Doubts are rising about whether Nice is prepared to participate in the upcoming Champions League with a single win from five encounters. The Eaglets missed the opportunity to return to winning ways after relinquishing their lead against Rennes in their previous Ligue 1 encounter. Christophe Galtier will have no reason to miss Nice’s dominance in this fixture to secure all the three points to make a top-four finish statement. Galtier’s only issue is the absence of sensational talents in Schneiderlin, and Claude who

FAQs about Lens vs Nice 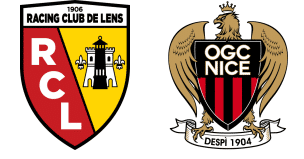 What is the venue for the coming Lens vs Nice?

StadeBollaert-Delelis is the venue for the coming clash between Lens and Nice.

What is the kick-off for the next Lens vs Nice?

The next Lens vsNice match commences at 18:05

When is the coming encounter between Lens and Nice?

The coming encounter between Lens and Nice takes place on 10th April.