Predictions & Odds for Tottenham vs Leicester

Tottenham sit 2pts behind Arsenal in the race to claim the final Champions League place in the Premier League this season so can't afford to drop any more points this weekend. Leicester City provide the opposition this weekend but there is a good chance that the Foxes will rotate their usual starting eleven ahead of their Conference League Semi-Final 2nd leg in Rome next week.

Son has been in fantastic form for Tottenham this season and only needs one more league goal to reach his best-ever total for any club. The South Korean star has netted 7-goals in his last eight appearances for Tottenham and we're backing the 29-year-old to find the back of the net once again this weekend against the Foxes.

Latest Bookmaker Odds and Statistics for Tottenham vs Leicester

Tottenham could move above Arsenal with a win

Tottenham made the trip to Brentford last time out when the Spurs fans were reintroduced to their form favourite Christian Eriksen. The game itself proved tight and tense throughout and ended goalless, a result that will have been more disappointing for Spurs as they are trying to qualify for the Champions League. Tottenham sit 2pts behind Arsenal as things stand and a win is the order of the day for Conte's men.

Leicester's last league game saw them playing host to Aston Villa and much like Tottenham's last game, both teams failed to make a breakthrough during the 90-minutes. The Foxes currently sit 10th in the league table and their only hopes of qualifying for European football next season is via the Conference League, which is why we believe the visitors won't play their strongest starting eleven in the capital this weekend,

Tottenham: Tanganga, Doherty and Skipp could miss out for the hosts this weekend.

Leicester: Castagne, Bertrand and Ndidi could miss the trip to the capital through injury. 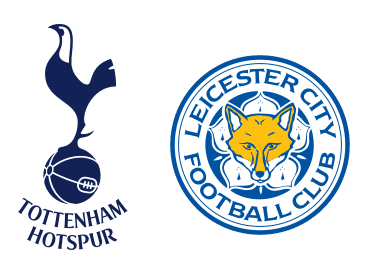