These two sides played out a 1-1 draw in the 1st-leg of their Europa Conference League semi-final and after Leicester failed to win at home last week, Roma are the favourites to secure safe passage into the final but we're expecting a close and competitive 90-minutes from the Stadio Olimpico.

Roma are unbeaten in their last 10 home games and we're backing the Serie A side to secure the victory on Thursday that will see the Italians progress through to the Conference League final. Leicester are without a win in their last five matches, suffering two defeats in the process, and the visitors haven't won on their travels in any of their last three attempts.

Both teams scored when these two sides met last week and we're predicting more of the same this Thursday. Four of Roma's and five of Leicester's last six outings in all competitions have ended with both teams getting on the scoreboard, so you can see just why we're not backing either side to keep their clean sheet intact at the Stadio Olimpico.

Everything you need to know about Roma vs Leicester

Nothing separates these two sides after the 1st leg

Roma had the home advantage against Bologna at the weekend but clearly had one eye on their Conference League semi-final 2nd-leg as the game ended goalless and won't live long in the memory. Roma managed to avoid picking up any fresh injuries at the weekend and have a near full-strength squad to face Leicester on Thursday, so you can see why they are the favourites to win with the bookmakers.

Leicester made the trip to Champions League-chasing Tottenham at the weekend where, as most expected, the Foxes got beat. Kane put the home side in front in the 22nd-minute after linking up once again with Son. Son then scored twice n the second half to make it 3-0 before Iheanacho pulled a goal back in stoppage-time for the visitors to make the final scoreline 3-1. Leicester have not been able to find a balance between their Premier League and European campaigns, leaving Rodgers under pressure to secure the Conference League trophy.

Roma: Henrikh Mkhitaryan is the major injury concern for the hosts this week.

Leicester: Maddison, Dewsbury-Hall, Bertrand and Ndidi are all doubts for the trip to Italy.

Roma vs Leicester – Your Questions 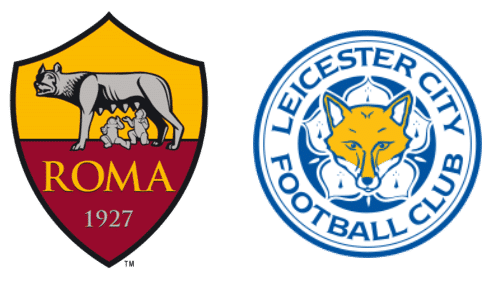