Chelsea will be hoping to secure third place in the Premier League with a game to spare by beating Leicester at Stamford Bridge on Thursday the 19th of May. Leicester haven't performed well on the road this season but did manage to secure an impressive 5-1 win at Watford on Sunday.

Lukaku certainly hasn't had the season he or anyone expected of him in terms of a goals return for the huge investment Chelsea made in him last summer but the Belgian international has been in good form of late. With 8-goals in the league alone this season, Lukaku is Chelsea's second top scorer in the Premier League and has netted 3-goals in his last two league games for the club and we're backing the 29-year-old to score against Leicester on Thursday night.

All you need to know ahead of Chelsea vs Leicester

Chelsea went up against Liverpool in the final of a domestic competition for the second time this season and the result, once again, went against the Londoners. Having lost the League Cup final on penalties, Chelsea had hoped to secure the more sort after FA Cup trophy on Saturday but the game, like the League Cup final, ended goalless and went all the way to a penalty shootout. Azpilicueta was the first to miss, taking Chelsea's second penalty but Mane missed his which would have ended the contest there and then. Mount then missed Chelsea's seventh spot-kick and up-stepped Tsimikas to win the trophy for the Reds.

Leicester's away form has not been good enough this season so when Watford took the lead after just 6-minutes, the Foxes fans may have feared the worst. However, that goal proved to be a false dawn for the Hornets who went in at the break 2-1 down thanks to goals from Maddison and Vardy. Barnes scored just a minute into the second half and Vardy grabbed his brace in the 70th-minute. Barnes wrapped up a 5-1 win for the visitors with 4-minutes of the 90 remaining.

Chelsea: Havertz, Hudson-Odoi, Werner and Chilwell are all injury concerns for the hosts

Leicester: Mendy, Pereira, Bertrand, Ndidi and Choudhury are all likely to miss the trip to Stamford Bridge.

Chelsea vs Leicester – Your Questions 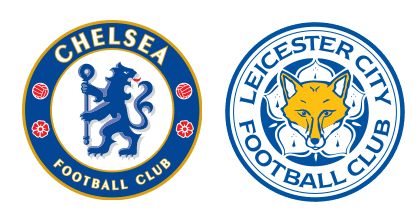