Leeds will be looking to end what has been a very successful season back in the top flight with a win in front of their fans this Sunday. West Brom are already relegated and lost to Leeds 5-0 when the pair met at The Hawthorns, so the visitors will need to be at their very best to avoid another defeat this weekend.

Read on for our full match preview and prediction for Leeds vs West Brom in the Premier League.

Leeds are unbeaten in their last four games against the Baggies, picking up three wins and a draw. Over 2.5 goals have been scored in five of the pair's last seven encounters in all competitions, with Leeds thrashing West Brom 5-0 back in December. Over 2.5 goals have also been scored in three of the host's and six of the visitor's last seven outings in the Premier League.

Both teams have scored in four of the last seven encounters between these two clubs, and we're expecting more of the same on Sunday. Each of West Brom's last five matches have ended with both teams getting on the scoreboard but the Baggies haven't won a single one of those fixtures.

Patrick Bamford top scores for Leeds in the Premier League this season with 16-goals and has found the back of the net in two of his last three appearances for the club. Bamford wasn't on the scoreboard when Leeds beat West Brom 5-0 in December but will fancy his chances of scoring in front of the Leeds faithful this weekend.

Leeds to give their fans something to cheer for

Leeds claimed their third straight league win during a recent trip to the south coast, beating Southampton 2-0. Leeds could still finish in the European places if they can beat West Brom and results elsewhere go in their favour, so there is plenty of the Yorkshire club to play for on Sunday. However, Bielsa will be without the services of Forshaw, Costa, Klich and Koch for the game against West Brom as each is struggling with injury.

West Brom made it six games without a win in midweek as they lost 3-1 at home West Ham. The baggies still offer a threat going forward before their defence is very poor and has rarely kept a clean sheet all season long. Both Ivanovic and Snodgrass look set to miss the final game of the season through injury and the visitors will be relying on Matheus Pereira to score the goals and create opportunities for his teammates. Pereira has netted 11 times in the Premier League this season, creating 6 goals, and will surely be snapped up by another Premier League team this summer. 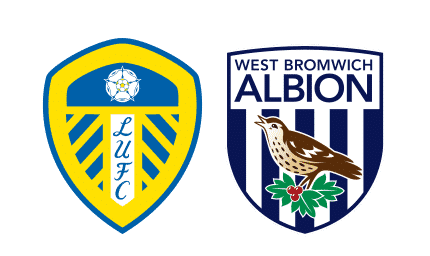