Leeds will be looking for a much-improved performance than the one they produced at Goodison Park in their last Premier League game. Man Utd provide the opposition at Elland Road on Sunday and Ralf Rangnick's men arrive looking to secure back-to-back wins after defeating Brighton in midweek.

This match has every chance of producing goals at both ends of the pitch just as it has done in two of the last three meetings between the pair. Both teams have scored in three of Leeds' last six outings in league and cup, while four of Man Utd's last six fixtures have also ended with both teams getting on the scoreboard.

Everything you need to know about Leeds vs Man Utd

Leeds made the trip to Goodison Park last weekend and ended up well beaten. The Toffees pressed Leeds strongly in the opening 45-minutes and scored two goals through Coleman and Keane, while Leeds saw two long-range efforts come back off the woodwork. Everton looked the more dangerous side in the second forty-five as well and wrapped up all 3pts when Richarlison's shot scraped the heels of Gordon before nestling into the back of the net.

Manchester United went in goalless at the break in midweek when they played host to Brighton. However, an early goal in the second forty-five from Ronaldo set the Red Devils on their way to a much-needed victory. The Seagulls had defender Lewis Dunk sent-off shortly after they went behind and deep into stoppage-time, Fernandes scored a second for the hosts to make sure of the points.

Leeds: Cooper, Phillips, Firpo, Dallas, Bamford and Greenwood could all miss this weekend's game through injury.

Man Utd: Varane, Bailly, Matic and Cavani are the main doubts for the visitors. 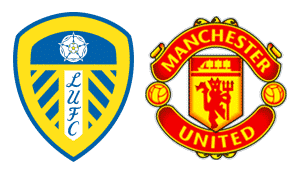