Qarabag have it all to do. Will they find a way to progress? Find out with our Qarabag vs Lech Poznan match preview with free tips, predictions and odds mentioned along the way.

Qarabag have lost just once in their last 20 games; they won 14 of those games, with five draws. However, it's worth noting that Qarabag are coming off a loss, and have no wins in their last three games. Although Lech Poznań have lost three of their last five games, most of their recent losses came at home; in fact, Lech Poznań have not lost on the road since February; they've had a near-perfect record on the road since then, with eight wins and a draw. Also, Lech Poznań have the advantage, since they won the reverse fixture of this clash; they will likely sit back and defend their lead. With Lech Poznań's road record in mind, we don't think they'll lose this match.

Although Qarabag didn't score in their previous match, they found the net in the seven games they played prior to that; in fact, Qarabag scored 20 goals in their last eight games. Conversely, Qarabag have conceded some goals recently; as they kept just one clean sheet in their last six games. Both teams scored in four of Qarabag's last six games; and considering both teams scored in seven of Lech Poznań's last 10 games, both teams should score today.

Can Qarabag turn this tie around?

Lech Poznan bagged a terrific home result in the first leg of this tie handing them a major boost as they travel to the Azersun Arena. Qarabag have work to do if they wish to progress but they do have previous of making it to the Champions League when unfancied.

Qarabag's unbeaten run ended with a loss at Lech Poznań last week; prior to that loss, they were unbeaten in 19 games, with 14 wins and five draws. Qarabag will hope to bounce back from that loss as Lech Poznań come visiting; will they be able to overturn the deficit?

Lech Poznań have not had their best run of form recently; they are coming off a 2:0 loss in the Polish Super Cup, with three losses in their last five games. However, it's worth noting that Lech Poznań won the reverse fixture of this tie; they'll hope to advance to the next round by not losing today.

A quickfire FAQ on Qarabag vs Lech Poznan 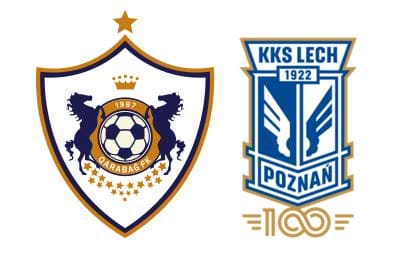