Daugavas Stadionā gets in the action on Sunday night when Turkey take on Latvia in a World Cup qualifier. Turkey are badly in need of a win to sustain their qualification hopes.

The October round of qualification games for Latvia began with a 1-0 loss against Netherlands. Meanwhile, Turkey were held to a 1-1 draw by Norway in a home game.

Turkey have been able to win just one of the last five matches. This form is quite a sharp contrast to the way in which the team picked up points in the early part of the campaign. Turkey badly need a win to keep their qualification hopes alive and a game against strugglers Latvia is a perfect solution to get back to winning ways.

Lativa are not a team expected to score goals based on their recent form. After failing to score in the last three matches, the hosts are low on confidence going forward. Turkey are badly in need of a win and they are likely to operate with a tendency to keep the defence shut.

Turkey to win to nil

Turkey may not have the best defence, but the opposition might give an easy game for the Turkish defenders, who are without a clean sheet in four out of the last five games. Gibraltar are the only team to have not scored against Turkey in this run.

Top Betting Odds and Stats for Latvia vs Turkey

Latvia vs Turkey: Preview of the World Cup 2022 Qualifiers

Latvia only have an outside chance of reaching the top two in the World Cup qualifying group. However, that may not stop Latvia from coming up with an average performance in this qualifier, which can be their best chance to restart their qualification hopes. There are no injury problems for Latvia coming into the game.

The hopes of reaching the World Cup are starting to slip for the Welsh national team, who have slipped to third position in the group after the latest set of results. However, Turkey do have the advantage of playing at home in the last two qualifiers. Any positive result against Latvia, who are the final away opponent in the campaign, will be a huge boost to the qualification hopes. Serdar Aziz is the only player out of action for Turkey due to an injury problem.

Questions about Latvia vs Turkey 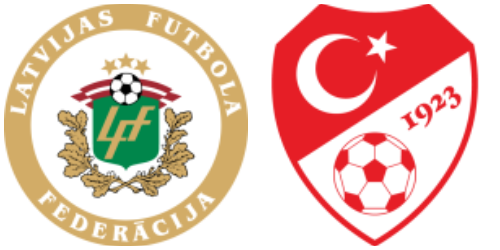 Where is the match scheduled? Daugavas Stadionā

Which team is the favourite to win? Turkey