Lillestrom are sat top of the table right now. Will they win here to ensure it stays that way? Find out with our Kristiansund vs Lillestrom match preview with free tips, predictions and odds mentioned along the way.

Lillestrom to bag a win

Last versus first, these teams have been on opposite sides when it comes to form. Lillestrom have lost just once in 12 league games; they have eight wins in those 12 games, with three draws. In contrast, Kristiansund have no wins in nine league games; they've lost eight of those games, accumulating just one point from a possible 27. It's important to note that Kristiansund lost all of their last five league games; they scored just two goals in that five game stretch. Considering Lillestrom have three wins in their last four games, we believe they'll take all three points from this game.

To be fair, Kristiansund scored just six goals in nine league games; however, they have seen their defence breached 19 times so far, with 2.11 goals conceded per game. Because of the way they concede, Kristiansund's games are usually high-scoring; as five of their last seven games went above the 2.5 goal mark. In the same vein, Lillestrom have scored 24 goals in 12 league games, that's 2 vials per game on average; no team has scored more goals in the Eliteserien this season. Just like Kristiansund, Lillestrom have had their fair share of high-scoring games; as four of their last six games saw at least three games scored. On that note, we should expect some goals in this match.

Here are the key stats & form guide for Kristiansund vs Lillestrom

This game sees top take on bottom in the Eliteserien with Kristiansund desperate for their first win of the campaign whilst Lillestrom know that they need to keep up their early season pace unless they want to be leapfrogged by Molde, who are in hot pursuit. The table has this down as an away banker but football doesn't work that way, does it?

Kristiansund have been by far the worst team in the Eliteserien this season; they have no wins in nine games so far, with a draw and eight losses. Kristiansund will welcome league leaders Lillestrom to the Kristiansund Stadion on Sunday; they'll hope for better results than they've had all season.

Lillestrom are having their best Eliteserien campaign in a really long time; they are league leaders, with eight wins in 12 league games so far. It's worth noting that Lillestrom were handed their first loss of the season in their previous league game against Stromsgodset; they'll look to put that loss behind them as they take on last-placed Kristiansund.

A quickfire FAQ on Kristiansund vs Lillestrom 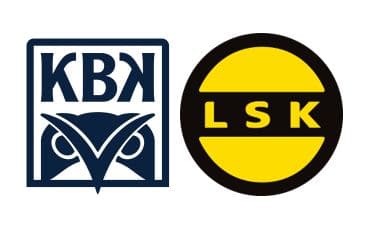