Mali dismantled Kenya at home in a 5-0 thrashing. They will arrive at the Nyayo National Stadium with similar ambitions for their October 10 meeting as they look to continue their unbeaten streak against the Harambee Stars.

Here are our predictions for Kenya vs Mali.

The attacks from Mali came relentlessly and Kenya folded under pressure. The visiting Harambee Stars had no recourse left after the first half as they were four goals down. Moussa Doumbia's late strike would complete the rout in the 5-0 thrashing. It looks difficult for the Kenyans to come back after this result and we expect the Malians to maintain their charge at their expense.

The five-goal win for Mali was an anomaly as their last six matches had seen at least three goals. For Kenya, it was only the second time in five games that a fixture had concluded with Over 2.5 total goals. As they meet again at the Nyayo National Stadium, we expect a low scoring affair as the visiting Eagles look to claim the three points on offer and continue their assault on Group E.

Kenya has only scored once in their three World Cup qualifying fixtures while conceding six goals. Their chances of getting on the scoreboard look slim as Mali have yet to concede in the same period but have sent six past their rivals. As they meet on October 10 and Uganda piling pressure on the Eagles, we expect a low scoring affair where only one side will get on the scoreboard.

Kenya vs Mali: Check out the best odds and the latest stats

Match Preview of Kenya vs Mali: Firat to blame for Harambe Stars misfortunes

By the time Kenya played Mali, they should have taken points of Uganda and Rwanda. The Eagles are the favourites for moving to the Third Stage of World Cup qualifiers but the Harambe Stars were supposed to challenge their might. With one goal scored and six conceded, they are fighting at the bottom places. Engin Firat needs to ensure that his charges gives a better account of their abilities and a repeat of their last showdown that finished 5-0 against them should never be repeated.

The 0-0 stalemate with Uganda posed question marks about Mali's abilities. The Eagles replied in the fashion they know, sending five goals past the team considered as their closest rivals to lay claim to Group E's power position. As they travel to Nairobi for their next group outing, Mohamed Magassouba will need to ensure they do not drop points again. With a two-point advantage they are still not in the clear and need to be on their best behaviour.

Questions About Kenya vs Mali 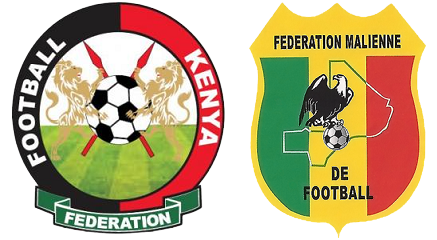