Top free betting tips and odds for Kayserispor vs Sivasspor

After meeting in the last game of the Turkish Super Lig, Kayserispor and Sivasspor go head to head in the final of the Turkish Cup on Thursday, 26 May. The Braves were able to add three points in the previous H2Hs at their home stadium.

Away win for Sivasspor

Though the coming meeting is to be played at a neutral location, Sivasspor will not be trouble as they hold the streak of consecutive three away wins. On the other hand, Kayserispor has won two of the last three attempts, however, they are winless in the previous four away outings. The Braves also lead in the H2Hs with three victories in the last five meetings. So we expect Sivasspor to repeat where they left off in the last game.

Each of the two H2H meetings of the 2021-22 campaign between these teams went over a total of 2.5 goals. Kayserispor has found the back of the net 11 times in the last five attempts while Sivasspor also scored twice in both of the previous two outings. Adding more, the Braves scored at least two in four of the last five visits. Hence, Based on the current form, we would expect the same trend to be continued in this duel.

Kayserispor vs Sivasspor: Check out the best odds and the latest stats

Kayserispor vs Sivasspor: Check out the team lineups

Anatolian Star got into the final after making a comeback of 4-2 in the second leg of the semifinals against Trabzonspor. But following a total of 12 wins and 11 draws, Kayserispor finished fourteenth on the league table. Mert Cetin will be forced to stay out of the field in this game due to a ligament injury.

The Braves earned their place in this final after having a 2-1 aggregate in the semi-finals against Alanyaspor. Sivasspor confirmed 14 wins and 12 draws in this season of Turkish Super Lig and got the tenth position in the standings. Leke James will be the only player to miss out on this game due to cartilage damage.

Questions About Kayserispor vs Sivasspor 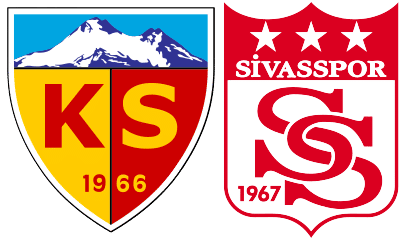 Where is the game being televised? A Spor, DAZN Deutsch, Max Sport, Polsat Sport Premium 1.