Hosts Kalmar could move into the top four of the Allsvenskan table if they manage to beat Varnamo and results elsewhere this weekend go in their favour. The visitors sit fifth from bottom as things stand but are unbeaten in their last three league games and will be hoping to cause a surprise on Monday night.

We're expecting a low-scoring game between two sides in decent form. Under 2.5 goals have been produced in three of Kalmar's last four league games, including a 1-1 draw at Mjallby, a 1-0 win at home against Djurgarden and a 2-0 home win against Hammarby. Four of Varnamo's last six competitive and non-competitive fixtures have also witnessed fewer than three goals scored, including a 1-0 friendly win at Halmstad, the 1-0 win at home over Hammarby, the 1-1 draw at Mjallby and a 2-0 defeat away at Norrkoping.

Kalmar have outperformed Varnamo in all departments so far this season and we're backing the home side to win and keep a clean sheet against their guests on Monday night. Kalmar have won four of their last six competitive and non-competitive games against Varnamo and kept a clean sheet the two sides last locked horn in March. The hosts have also won four of their last six fixtures and have kept clean sheets in three of those matches, while Varnamo have failed to score in two of the last four away games.

Kalmar vs Varnamo: Everything you need to know

Kalmar looking to push on for the European places

Kalmar had to make the trip to Mjallby before the international break where the visitors fell behind in the 26th-minute to an own goal from the unfortunate Bergqvist. However, the football gods would throw some luck the way of Kalmar in the second half as Stahl was credited with an own goal in the 73rd-minute that helped Kalmar secure a share of the spoils.

Varnamo really needed a win in their last league game and a solitary goal early in the second half from Antonsson handed the hosts all 3pts. The game was tight and tense throughout but Varnamo did just enough to deserve the 3pts which took them into 12th position.

Your Questions about Kalmar vs Varnamo 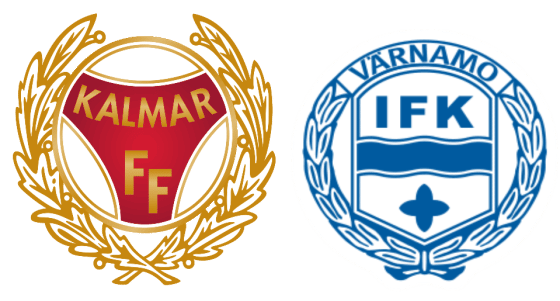