Just 3pts separate these two teams in the Allsvenskan table but the bookmakers are backing hosts Kalmar to increase that points gap on Sunday. A win for Kalmar could see them move up two places and into the top 4, while Sirius can go level on points with their hosts if they manage to claim all 3pts.

Kalmar have won each of their last two games against Sirius both of which have arrived at home and the most recent of which was in the Svenska Cupen in March. The hosts are unbeaten in their last five competitive and non-competitive fixtures, picking up three wins and two draws during that period. Sirius aren't in bad form either but have lost two of their last three league games.

We're expecting this game to be close and competitive throughout but don't think there will be a lot of goals scored. Under 2.5 goals have been scored in three of the last five meetings between these two clubs with Kalmar winning 2-0 against Sirius in March. Each of Kalmar's last four league games have also witnessed fewer than three goals scored while Sirius' last game against Norrkoping only produce a single goal, so you can see why we're expecting a low-scoring game on Sunday.

All you need to know ahead of Kalmar vs Sirius

A close and competitive 90-minutes expected at the Guldfågeln Arena

Kalmar were away at Helsingborg last time out where a goal from Saetra put the visitors in front shortly before the halftime interval. The second forty-five proved tight and tense and it looked like Kalmar had done enough to win the game until Helsingborg were awarded a 90th-minute penalty which van den Hurk converted to rescue the home side a share of the spoils.

Sirius made the trip to Norrkoping last weekend for what turned out to be a tight and tense 90-minutes. Following a goalless first half, many were left wondering if either side would be able to break the deadlock in the second forty-five but they needn't have worried. Just before the hour mark Sugita was afforded too much time and space by the Norrkoping defence and fired Sirius in front with what turned out to be the only goal of the game.

Kalmar: the hosts have no fresh injury concerns or suspended players this weekend.

Sirius: Moustafa Zeidan, August Ahlin and Patrick Nwadike could miss out this weekend through injury. 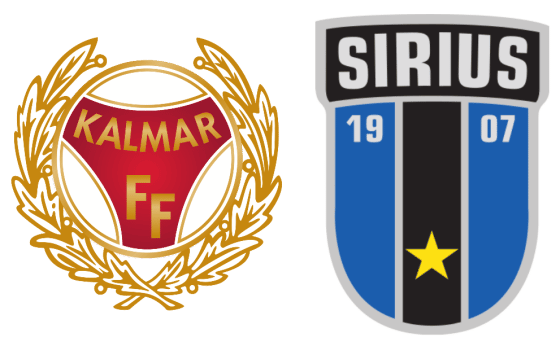