The Swedish Allsvenskan is back on the menu and this preview will be focusing on the game between Kalmar and Djurgarden at the Guldfågeln Arena.

Kalmar were able to control the ball but ended up losing 2-0 to AIK in the last league encounter. Djurgarden were able to overpower Sirius and their defensive mistakes with a 5-1 victory at home.

Djurgarden have been sensational in recent matches and their ability to decimate opposition with ease will be a little wary for Kalmar, who were exposed to set piece situations on a number of occasions during the game against AIK. Even when dominating and controlling the match in a positional sense, Kalmar were often exposed to long balls, which would be a strength of Djurgarden.

The last few matches have seen Djurgarden come up with a lot of goals. The team has been especially exceptional when it comes to home games, but they might transfer their form to this away game as well. Kalmar have conceded in all three league outings since the restart and their defence looks shaky especially when dealing with balls in the air.

Djurgarden to score more in the second half

Djurgarden have come up with a remarkable eight goals in the second half of the last six matches. They have been able to take advantage of the opposition’s tiredness in the latter half of games. As the home team, Kalmar will have the obligation to attack and this may lead to more goals for the visitors.

Top Betting Odds and Stats for Kalmar vs Djurgarden

Kalmar are in a difficult state after back-to-back losses, which has left the team in the ninth place. However, it would be difficult for the team to recover from this run, which has been in place since the restart. Despite dominating games in terms of possession and shots on target, Kalmar are struggling to get any joy out of recent matches.

Djurgarden have been blitzing away their opponents in home matches. The away games, though, have not been so rewarding and this is something that manager Kim Bergstrand will look to change of his team, as they chase table leaders Malmo, who have a two-point advantage. However, Kim Bergstrand’s men have the advantage of having played a game less.

FAQs about Kalmar vs Djurgarden 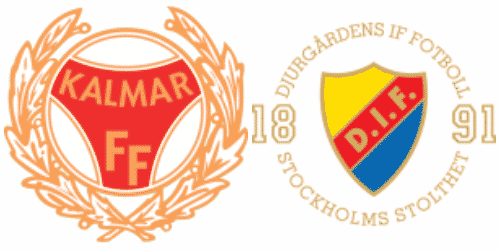