Juventus currently sit 4th in the Serie A table but have lots of work left to do if they want to get back into the title race as they are 9pts behind AC Milan, 8pts behind Inter Milan and 7pts behind Napoli. Torino haven't had much luck against their local rivals in recent years, winning just three of the pair's last 39 meetings in all competitions.

We're backing a home win for Juventus against their local rivals Torino. The hosts have won five of their last seven Turin derbies, including a 1-0 win at Torino back in October. Juve head into this game on the back of four wins from their last six matches, while Torino are without a win in their last three matches and have lost their last two league games against Udinese and Venezia.

Dybala top scores in Serie A for Juventus this season with 7-goals and we're backing the little Argentinean to find the back of the net against Torino on Friday. Dybala has scored 4-goals in his last eight games for Juventus in all competitions but is due a goal in Serie A having failed to find the back of the net in each of his last three league games.

Juventus vs Torino: The very latest stats and markets

Juventus expected to get the better of their local rivals

Last time out, Juventus faced a tough away game against Atalanta and were relieved to come away with a point at the final whistle. After a goalless first half, the home side took the lead in the 76th-minute through Malinovskyi with a goal that looked like it was going to be enough to win the game. However, in stoppage-time, Juventus managed to salvage a point when Danilo scored after great work from Dybala who claimed the assist.

Torino went ahead in the 5th-minute at home to struggling Venezia through Brekalo and had chances to extend their lead but failed to take them. Venezia started to grow into the game and equalised through a back post header from full-back Haps shortly before the break and in the very first minute of the second half, Crnigoj put the visitors 2-1 in front. A stunned Torino couldn't carve out an equaliser despite there being lots of time added on. Okereke was sent-off for the visitors in the 98th-minute but Venezia held on to secure a vital 3pts.

Juventus: Chiellini, Bernardeschi and Chiesa could all miss out on Friday due to injury.

Torino: Mandragora and Lukic are suspended, while Pobega, Praet and Fares could miss the Turin derby through injury

FAQ for Juventus vs Torino 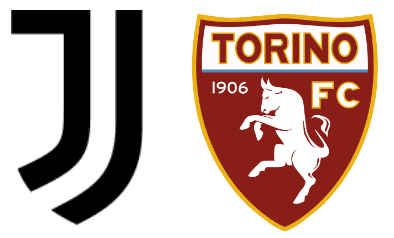