Jagiellonia Bialystok take on Widzew Lodz in the Ekstraklasa on Friday, July 22nd. Newly promoted Lodz continue their search for a first point of the campaign. Read our free predictions and find the latest odds for the fixture below in our detailed match preview.

Jagiellonia Bialystok welcome Widzew Lodz to the Stadion Miejski on Friday for an Ekstraklasa fixture. Read our top predictions for this week’s fixture below.

With two home tests in a row to begin with, the fixture computer dealt Jagiellonia Bialystok a kind hand at the start of the new Ekstraklasa campaign and having won game one against Piast Gliwice, a second victory in assignment two against Widzew Lodz is on the cards. The newly-promoted visitors lost their opener at Pogon Szczecin (2-1) and they could struggle again against their more confident hosts on Friday.

Widzew Lodz eventually lost their first match of the new season at Pogon Szczecin, though they did manage to open the scoring in that tie and they showed enough attacking intent to suggest they can register again on Friday. Jagiellonia have failed to score just twice in their last 19 league matches at the Stadion Miejski however, and they seem certain to register again this week against an opponent they’ll expect to topple. With those factors digested, a stake on BTTS could be profitable here.

View our selection of the best stats for Friday’s contest below alongside a tool to help you choose the best odds.

Read all of the injury updates and team news for Friday’s Ekstraklasa meeting between Jagiellonia Bialystok and Widzew Lodz below.

Milosz Matysik, Juan Camara, Kacper Tabis, Taras Romanczuk and Ivan Runje are all out injured for Jagiellonia Bialystok this week and all five players are expected to miss Friday's game. Spaniard Jesus Imaz excelled against Piast Gliwice last time out and he should be a key performer again against Widzew.

Widzew Lodz have few injury issues to contend with this week and at the time of writing midfielder Patryk Lipski is listed as their only doubt. Head Coach Janusz Niedzwiedz might be tempted to make a change or two to his team following last week's defeat, however. 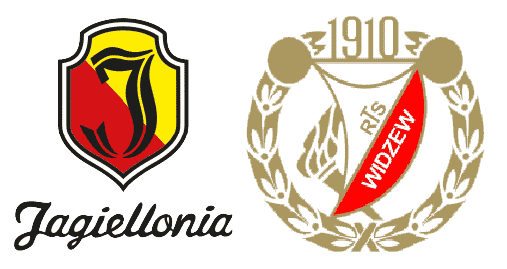 Have these clubs played each other before?

Which team is favourite to win this week?

Jagiellonia Bialystok have been made favourites to claim maximum points at Widzew Lodz’s expense this week.