Things couldn't be much tighter in Group C heading into the final two qualifying games with Italy and Switzerland sitting on the same points. Just goal difference is keeping Italy at the top of the table but a win this weekend would guarantee that they claim 1st place ahead of the Swiss.

Here are our predictions for Italy vs Switzerland.

Italy have won 10 and lost three of their 22 previous encounters with Switzerland, running out 3-0 winners when the pair locked horns at Euro 2020. The Italians have kept four clean sheets in their last seven competitive and non-competitive encounters with Friday's guests and we're backing them to keep things tight once again. Italy have kept clean sheets in their last two qualifiers and Switzerland have failed to find the back of the net in two of their last four outings.

We're not expecting an action-packed 90-minutes between these two sides, not with the pair level on points heading into the last two qualifying games. Under 2.5 goals have been scored in five of the last seven encounters between Italy and Switzerland, while fewer than three goals have also been produced in three of Italy's and four of their guest's last six matches in all competitions.

Chiesa often puts in the performance in the big games for Italy and we're backing the forward to score against Switzerland on Friday. The Juventus man has netted 4-goals in 36 appearances for his country, though, many of those games were from the substitutes' bench. Chiesa played in the semi-final and the 3rd-place play-off of the Nations League and while he didn't score, he did help his team claim 3rd place at the expense of Belgium.

Another close game expected between Italy and Switzerland

Italy's last game was against Belgium in the Nations League 3rd-place play-off, a tight and tense game in which the two sides went in at the break goalless. Barella broke the deadlock a minute into the second forty-five and in the 65th-minute Italy were awarded a penalty which Berardi converted. Belgium did manage to pull a goal back with 4-minutes of the 90 remaining but the Italian defence held firm to secure the 3rd-place trophy.

Switzerland made the trip to Lithuanian last month and returned with all 3pts. Embolo, who will be missing this week, scored the visitor's opening goals and netted again in between a Steffen effort to make it 3-0 at the interval. The Swiss took their foot off the gas in the second half and only scored their fourth and final goal in stoppage-time through Gavranovic. Switzerland don't have many wins against Italy, especially in recent years, but the pair have drawn a lot of games and that will be something the visitors would settle for ahead of kick-off.

Your Questions – Italy vs Switzerland 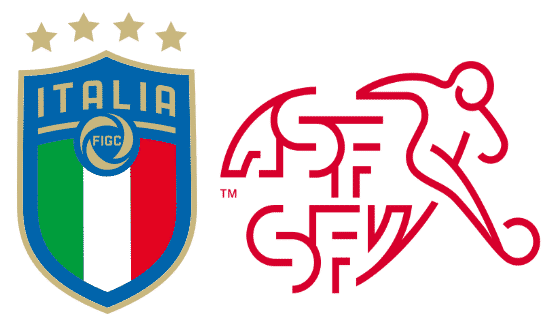