Italy surprised many by failing to qualify for the World Cup in Qatar outright, now finding themselves a possible two more matches to win to ensure they don't miss out on this winter's big tournament. North Macedonia put in some decent displays at Euro 2020 making a lot of new fans in the process but can they upset the odds and beat Italy in their own backyard this Thursday?

Italy have played North Macedonia twice before, picking up one win and one draw. We're backing the home side to secure safe passage into the Play-Off Finals but don't expect the game to be all that thrilling. Italy have a mean defence that has kept three clean sheets in its last six attempts and should stand firm against a North Macedonia attack that has failed to score in two of their last five outings.

Immobile is back in the squad and remains Italy's join-top scorer in the World Cup qualifiers with 2-goals alongside Di Lorenzo and Kean, both of whom are missing from the latest squad selection. The Lazio striker has been in fantastic form this season scoring 21 times in Serie A already, so you can see just why we're backing Immobile to add to his 15 international goals on Thursday night against North Macedonia.

Italy are the overwhelming favourites to win

Italy were very disappointing in their last qualifying game away at Northern Ireland. The game itself ended goalless and was a huge result for the home side and a very disappointing all-round performance for the Italians who have only won one of their last four matches in all competitions. However, Italy still possess more than enough quality in their side despite all the attacking injuries and should do enough to beat North Macedonia one or two-nil.

North Macedonia made light work of Iceland at the Toše Proeski Arena in Skopje last time out, running out 3-1 winners in the end. An early goal from Alioski set the home side on their way to victory, despite Iceland equalising early in the second half. Elmas fired in a brace to thrust North Macedonia 3-1 up and there was no way back for the Scandinavians. 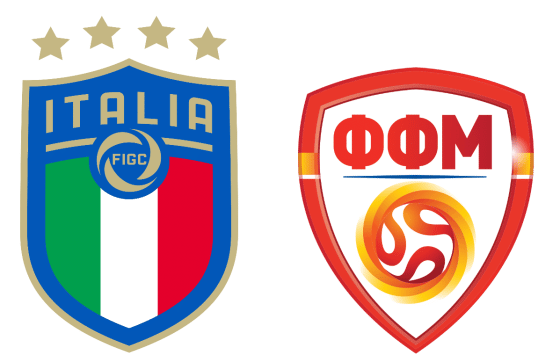