Hungary recorded a historic win over England on Saturday evening. Can they follow it up here with another result against Italy? Find out with our Italy vs Hungary match preview with free tips, predictions and odds mentioned along the way.

Hungary to take a point

We start our predictions for this Italy vs Hungary match up in a rather bold fashion as we back Hungary to maintain an unbeaten start to the Nations League with a point. The truth of the matter is that Hungary are in good form right now; they've won four of their last five matches. Italy by contrast are in a pretty bang average streak themselves; they've won just one of their last five matches drawing two and losing two. On the head to head front, it's not exactly dominated by Italy either – they've won just two of the last five clashes.

Here are the key stats & form guide for Italy vs Hungary

Can Hungary maintain a perfect start?

This Nations League campaign might only be one game old but already this group is highly interesting. Take this game for instance. If Hungary manage just a draw, they'll be – as a minimum – joint top. If Italy win, the same applies to them. Let's see how the respective nations will approach the game.

Italy will be kicking themselves after  their 1-1 draw with Germany on Saturday. They've been in ropey form recently but took a lead against Germany only to throw it away moments later. Anything but a win over Hungary will have real questions being asked of their setup and, particularly, Roberto Mancini's future.

Let's be honest, nobody saw Hungary beating England over the weekend. Regardless of how they did it, it was huge result for them and with a clean sheet to boot they'll be buzzing for this game to come around. They'd rip your arms off for a draw right now but, ultimately, whatever happens they've made a great start to their Nations League campaign.

A quickfire FAQ on Italy vs Hungary 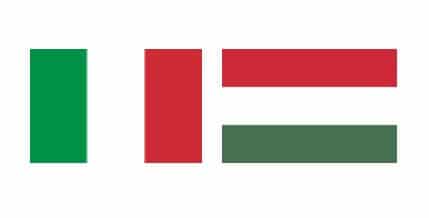