Both of these teams will be disappointed only to be vying for 3rd place in this season's Nations League but we're expecting an exciting, end-to-end 90-minutes between these two great footballing countries and hopefully a lot of goalmouth action.

Our Best Bets for Italy vs Belgium

Here are our predictions for Italy vs Belgium

We're starting with a simple BTTS bet because five of the last seven meetings between these two countries in all competitions have produced goals at both ends of the pitch. Both teams have also scored in four of Italy's last six outings as well as in three of Belgium's last five fixtures, so you can see why we're not expecting to see either side keep a clean sheet on Sunday.

At least three goals have been scored in five of the last seven encounters between Italy and Belgium and we're predicting more of the same this weekend. Italy's last two outings have produced over 2.5 goals while four of Belgium's last five fixtures have witnessed at least three goals being scored, and goals are the order of the day this Sunday.

BTTS in Both Halves

Now, this is a bet that punters often like to back as the odds on it happening are always high. We're backing both teams to score in both halves this weekend as we expect both teams to play this game like it doesn't matter if they lose, which is doesn't in the grand scheme of things. These two sides often produce high-scoring games when they clash and we saw how good Belgium are going forward in the first half of their Semi-Final against France, but in the second forty-five, we saw how equally poor they can be in defence.

Italy the favourites for the Nations League 3rd-place playoff

Italy lost 2-1 to Spain in their Semi-Final in midweek and while they did end the game with one mean fewer on the pitch, Spain deserved their victory and were the better side on the night. Italy will be looking for a response from their players in front of their own fans on Sunday and while claiming third won't mean much to either of these two teams, there is pride at stake. Bonucci won't feature this weekend after he was sent-off for two bookable offences in midweek and Chiellini is likely to come in as he did in the Semi-Final.

Belgium looked like they were going to cruise through to the Final after being 2-0 up at the interval against France, only to end up losing the game 3-2. The impression we got in that second half was that Belgium thought they had done enough to win the game given France's recent performances at the Euros but how wrong they were. Roberto Martinez will be demanding a response from his players this weekend and that should make for an entertaining 90-minutes of football. 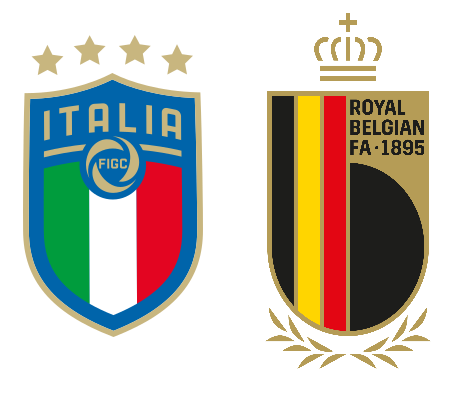