UAE cannot directly qualify but can only advance to the fourth round with a perfect record in their remaining Group A outings. A win against Iran at the Azadi Stadium is a requirement and failure to do so will draw curtains on their Qatar ambitions.

UAE returned to winning ways with a 2-0 triumph over struggling Syria. For their next qualifier, the Whites have a challenge on their hands against unbeaten Iran. The Persians have won six of their seven league fixtures and imposed their will over Iraq in their latest outing. Dragan Skocic's men have won their last four encounters with UAE and should add to their tally as they look to keep their pole position in Group A.

Scoring goals have not been easy for either Iran or UAE. Both sides have seen the majority of their outings conclude in this manner. While there is some parity, the visiting Whites have not had similar luck as six of their seven third-stage qualifiers have seen less than three goals. With just one of their nine H2H meetings finishing with Over 2.5 total goals, we do not see this trend changing.

Iran vs UAE: Check out the best odds and the latest stats

Iran vs UAE: Check out the team lineups

After seven rounds of action, Iran is the only Asian outfit to have qualified for the 2022 footballing extravaganza in Qatar. The Persians have laid waste to all and sundry, going unbeaten in the process. While they have not scored as regularly as the fans would have wanted, goals from Europa-based Alireza Jahanbakhsh and Mehdi Taremi has shown they have the firepower to bother tougher oppositions.

UAE finished top of Group G in the second round, earning a place in the Asian Cup and third stage of the 2022 FIFA World Cup qualifiers. They have seen a steep decline in their output, being held to three draws in seven qualifiers. While their defence has held their end of the bargain with just five goals conceded, the continued toothless performances of their attackers have been their bane.

Questions About Iran vs UAE 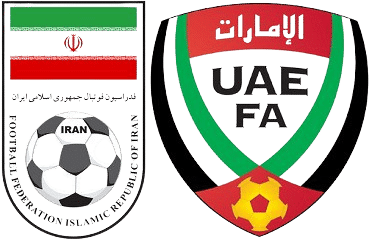 Where is the game being televised? DAZN Japan and Nova Sport (Bul).

Where is the game being played? Azadi Stadium.