Asian football's biggest rivalry is in action this midweek as Iran host Iraq at the Azadi Stadium. Team Melli has bragging rights over their rivals in recent meetings but these passion-fuelled affairs can go in any direction.

Iran has been on a staggering run of late, winning 12 of their last 13 fixtures. Those outings have seen them plunder goals for fun, including a 0-10 win over Cambodia. We do not have the same expectations from this fixture given the slow down in their scoring rate and cautious approach to the 2022 World Cup fixtures. Their last three home fixtures concluded with less than three goals on offer. This has been the case in Iraq's trips to Persia of late. The Lions of Mesopotamia have kept the scores low in this period with the last three duels concluding with an Under 2.5 goals scoreline.

Goals tend to come at a premium whenever Iran and Iraq lock horns with each other. Both teams tend to prefer slender leads and even see off each other without much goal action. Four of their last five fixtures has only seen one side get on the scoreboard. Iraq held their lead once but have failed to score in three of these meetings. The Team Melli has kept three clean sheets in their last four fixtures at home and will want to keep the trend going against their fierce rivals. Iraq will have to get their pace right in this matchup as they have failed to score in four of their last five away trips.

Iran vs Iraq: Check out the best odds and the latest stats

Iran vs Iraq: Check out the team lineups

Dragan Skocic will already be making plans for the 2022 FIFA World Cup. Team Melli has a two-point advantage over second-placed rivals and only need one more win to book their seats for Qatar. They have been the most dominant side in Group A scoring 11 goals whilst only conceding twice.

It has been a qualifying project to forget for Iraqi fans. The Lions of Mesopotamia have failed to record a single victory in their six attempts. Their failure stems from failing to get over the line, losing just twice but managing four stalemates. Despite their prior results where they have been bushwacked by their rivals, Zeljko Petrovic will want his charges to give a better account against neighbour and fierce national rivals Iran.

Questions About Iran vs Iraq 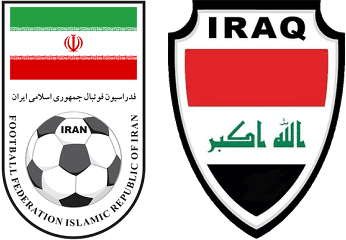 Where is the game being televised? DAZN Japan, and Diema Sport.

Where is the game being played? Azaadi Stadium.