Inter Milan secured an excellent victory away at in-form Juventus last time out but still can't afford to drop any points on Saturday as they currently sit 4pts behind neighbours AC Milan in the race for the Serie A title. Verona provide the opposition this weekend and the visitors arrive with ambitions of a top-half finish this season and with just one defeat in their last six matches.

In terms of a final scoreline, we're backing a narrow 2-1 win for Inter Milan. The hosts haven't been at their very best in front of goal of late, so we're not expecting many goals to be scored in this game. However, Verona do carry a goal threat and have found the back of the net in each of their last six league games. Simeone, Barak and Caprari have all scored into the double figures in league goals this season with the Argentina forward netting 16-goals from open play, so we expect Verona to score at the San Siro.

Inter would have been expecting a very close and competitive 90-minutes at the Allianz Stadium last weekend, and that is just what they got. In the end, one goal proved enough to decide the destination of all 3pts with Calhanoglu converting a first-half stoppage-time penalty for Inter Milna. Inter really needed that result to keep the pressure on Napoli and AC Milan but all that hard work could be undone if they don't win on Saturday.

Verona were the favourites to win at home to Genoa last time out and an early goal from top scorer Simeone after good work from Bessa, proved enough for the home side to claim all 3pts. Verona could still challenge for the European places if they finish the season strongly but a top-half finish is more realistic at this moment in time.

Inter Milan: the hosts have no fresh injury concerns or suspended players ahead of Saturday's clash with Verona.

Verona: Antonin Barak, Diego Coppola, Alessandro Berardi, Kevin Lasagna and Ivor Pandur could all miss the trip to the San Siro through injury.

Your Questions: Inter Milan vs Verona 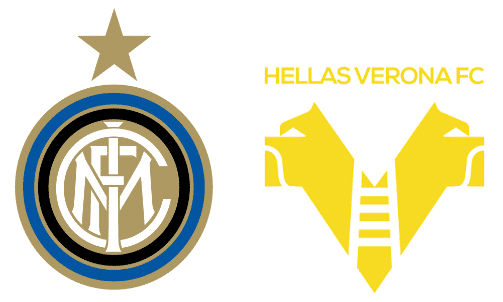