Top free betting tips and odds for Ilves vs HIFK

Ilves takes on the challenge of HIFK in Round 12 of the Veikkasuliiga. The hosts have creeped into the Championship Group with an unbeaten four-match run and are odds on favourite to add to their tally.

Ilves to pile on HIFK's miseries

After a tough start to the campaign, Ilves have rallied to the top half of the points table. They are unbeaten in thier last four domestic outings and will fancy their chances against HIFK, who have not claimed a victory over them in 14 attempts. With HIFK still seeking their first win of the season, we are backing Ilves to continue their unbeaten run at their expense.

HIFK have struggled this season, partly due to their inability to score goals but mainly because of their porous defence. They have allowed 21 goals thus far, the worst tally in the Veikkausliiga. On the other hand, Ilves like to score and concede at a similar pace with 17 strikes sent and 15 allowed in. Both side have seen three of their last five fixtures conclude with Over 2.5 Goals and this match should follow the same trend.

Ilves vs HIFK: Check out the best odds and the latest stats

Ilves vs HIFK: Check out the team lineups

The Ratina Stadion faithful will be pleased with the turnaround by Ilves. The squad are unbeaten in four competitive fixtures and has the possibility of extending this against traditional punching boys HIFK. With both Kai Meriluoto and Petteri Pennanen scoring for fun, they will be confident in their abilities.

With every passing fixture, the 2022 campaign is going from bad to worse for HIFK. They are winless in their Veikkausliiga outings and seem to be dreading every minute on the pitch. It stems from their inability to trouble the scorers and keep out their rivals from having a field day at their expense.

Questions About Ilves vs HIFK 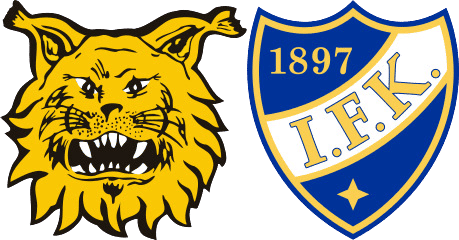