The Albanians shocked Hungary in their last meeting with a 1-0 result. Adam Szalai and his accompanying Magyars will look to set the record straight as the Eagles make the trip to the Puskas Arena on October 09.

Here are our predictions for Hungary vs Albania.

After suffering defeats against England and Albania, Hungary returned to winning ways at Andorra's expense. With Albania visiting them this time around, the Magyars will want to add to their tally and get back to qualification contention. It is difficult to justify the Eagles claiming points as their last two adventures on the road concluded in defeats.

Albania are second in Group I but with 12 points but their goal tally is short at just ten goals from their six outings. Hungary's scoring productivity is higher with 12 goals to their name but has only scored twice in their last three outings. As they host the Black and Reds, it looks unlikely that a tangible improvement will be witnessed in their return and we expect the match to conclude with Under 2.5 total goals.

Edoardo Reja will be pleased with Albania's recent scoring output that has seen them exploit their rivals eight times in four meetings. As they travel to Hungary, they will be looking at a jinx that goes back to October 2008. They have not scored against the Magyars in their backyard and we expect this trend to continue. With the Hungarians only scoring three goals in their last five home fixtures, the odds of both teams scoring are fairly high.

Hungary vs Albania: Check out the best odds and the latest stats

After going six matches without a win, Hungary claimed crunch three points with a home win over Andorra. They will look to repeat the same feat against Albania, who had added to their woes with a 1-0 win. The Magyars will have to be on their best behaviour as the Eagles are second in Group I qualification reckoning and have a two-point advantage over them.

With Hungary and Poland struggling to give an honest account of their footballing legacy, Albania has taken their place. They have outworked their rivals and stand as the other team not named England to qualify from Group I. The Eagles will have to trudge through the promotion rounds but the improvements shown under Edoardo Reja in the short while has to be applauded.

Questions About Hungary vs Albania 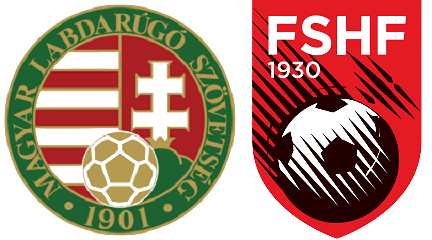 Where is the game being televised? DAZN Deutsch, Match! Futbol and M4 Sport.