Neither of these teams are flying high in the table but they both have some form of momentum behind them. Will that end for one of them here? Find out with our Hull vs Preston match preview with free tips, predictions and odds mentioned along the way.

Hull are in fantastic form right now having won each of their last three games including two wins over promotion hopefuls in Bournemouth and Blackburn. Preston have only taken five points from their last nine available but, of course, that means they've been unbeaten. It also means Preston have only lost one of their previous nine matches. It's that ‘hard to beat' quality that makes us think they'll see Hull's winning run come to an end. Neither side will mind either as it will keep their unbeaten runs going.

Our next prediction for Hull vs Preston is that we'll see fewer than three goals with the bet coming from the total goals market. Hull have gone under 2.5 in three of their last four games with their five game average sitting at just 2.4 goals. Preston have also seen three of their past four go under the all important 2.5 cut off. Their average across their past five matches is 2.2 goals.

Check out the key stats & form for Hull vs Preston

After Hull's decent run of form, this game is now largely a non-event with little actually riding on the outcome. Preston are on course for a midtable finish whilst Hull now look an absolute banker to remain in the Championship next season. Will we see an open game?

For so long it seemed clear that Hull's battle for survival would go down to the wire but now they've recorded three wins on the spin it looks very different. With Shota Arveladze only overseeing his second game as manager here, it's safe to say we should expect a decent shift from the Tigers.

Preston's form is an image of their season – or most seasons – in a nutshell; they're hard to beat but largely unspectacular. Already midtable awaits come the season close so will they let loose and go all guns blazing against Hull?

A brief FAQ ahead of Hull vs Preston 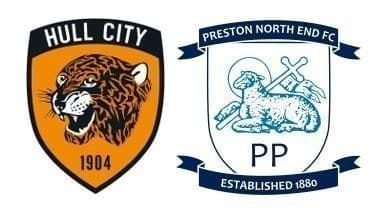