Blackburn to win to nil

Blackburn continue to fight for the Championship title despite the odds being stacked against them. A trip to Hull should be another three points but will it be? Find out with our Hull vs Blackburn match preview with free tips, predictions and odds mentioned along the way.

Blackburn have been in absolutely super form of late racking up eight wins and two draws from their last 10 Championship games. Hull meanwhile are six games without a win in all competitions having lost their three league games. To further drive home our prediction that Blackburn will win this game you can take a look at the head to head history; Blackburn have beaten Hull in each of the last five meetings and haven't lost to the Tigers since January 2018.

Rovers to win to nil

We've already expressed how impressed we've been with Blackburn's recent form and here we go hard for some better odds as we back them to beat Hull to nil. Why exactly do we think that's something that could well happen? Well, they've won each of the last five meetings all to nil in head to head terms and then, in more recent form terms, Rovers have kept three clean sheets in their last five games whilst Hull have blanked in two of their last three losing both.

Check out the key stats & form for Hull vs Blackburn

It's crazy to think that Hull and Blackburn might be separated by an entire division come September but, based on the current situation at both clubs, that is highly plausible. Both will want maximum points here but the reasons why couldn't be more different.

If Peterborough win their game in hand, Hull will sit just one point above the dreaded relegation places. It's time they start picking up some points if they intend to avoid a nervy end to the campaign.

Take a bow, Tony Mowbray. What a job he's doing with Blackburn. Not only are Rovers seemingly nailed on for a playoff finish but they could well push the likes of Fulham and Bournemouth al the way for the title. If that is to happen, they have to win games like this.

A brief FAQ ahead of Hull vs Blackburn 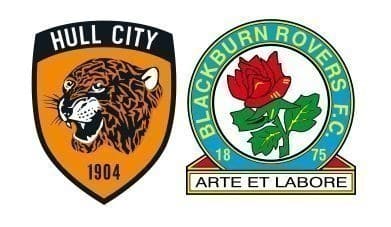