Norwich City were amongst the favourites to win the Championship this season and, whilst they still might, they've made a rather drab start to the campaign. Can they kickstart it here? Find out with our Hull City vs Norwich City match preview with free tips, predictions and odds mentioned along the way.

We've just touched on what has been a rather slugglish start to the season for Norwich and we think that might continue here as they visit a Hull side that have taken four points from their first two games; that doesn't mean we think they'll lose but we also don't believe the Canaries will have enough about them to grab a first win of the season. Including the midweek cup games, Norwich have drawn two of their last three games whilst Hull have had a mixed start with one win, one draw and a defeat. The head to head record doesn't exactly lead us away from our draw prediction either; in the last four meetings both teams have won once and two have ended level.

Norwich and Hull might be experiencing different starts to the season in respect of results but there is one thing they have in common – their games are featuring goals. Both Hull City and Norwich City have seen two of their first three games end with goals at both ends of the pitch. On top of that, three of the last four head to head meetings have seen both teams bag goals; two of the last three have been absolute goalfests too with those games ending 3-2 and 4-3 respectively.

Can Norwich jumpstart their campaign against Hull City?

Not many people would have had Norwich City winless after two games of the season but that is where they find themselves. A visit to an in form Hull side is nothing like a banker for the recently relegated Premier League side either and, should they fail to win, you wonder if the fans might start to get twitchy. Hull's crowd, however, would be delighted with a three game unbeaten start.

Hull City exceeded expectations last season after coming up from League One and based on their start to this campaign they look like they could kick on again. If they can find a positive result here then there is every chance they quickly bury any relegation fears and can start to look towards making a top six push.

It might only be early days but should Norwich City leave Hull with anything but a win the questions will start to be asked of whether or not they can be considered title contenders; you won't find many league winners who fail to win in their opening trio of games. We're not remotely writing the Canaries off – it's a long season – but fans will be worried.

A quickfire FAQ on Hull City vs Norwich City 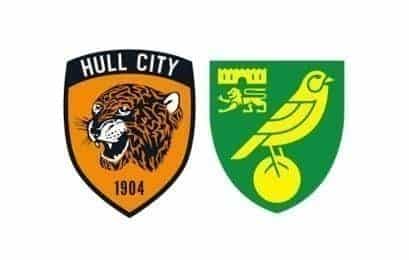