Top free betting tips and odds for Monchengladbach vs Hoffenheim

On the back of consecutive two defeats, Hoffenheim lines up against the hosting Monchengladbach on Saturday, 14 May. The Colts follow the sequence of three undefeated games.

Monchengladbach has lost one in the last eight attempts and won four in that course. However, Hoffenheim are on the terrible streak of eight winless games, losing five of them. Die Kraichgauer have also lost two of the last three away outings and ended the remaining one in a draw. The Prussians didn’t win in any of the recent home H2Hs but we expect a different outcome and see Monchengladbach taking three points at the end.

The front line of Monchengladbach has managed a string of scoring in all of the last ten games of Bundesliga. Die Kraichgauer have also rattled the net in the last three games consistently. Both teams have also been unable to secure a single clean sheet in the recent attempts. The consecutive four BTTS outcomes of the H2Hs will be another major reason to predict both teams on the scoreboard at the end of this game.

Monchengladbach vs Hoffenheim: Check out the best odds and the latest stats

Monchengladbach vs Hoffenheim: Check out the team lineups

The Prussians opened the scoring in the fourth minute of the last game and ended in a 1-1 draw in the previous away match against Eintracht Frankfurt. Monchengladbach are currently tenth on the table with 11 wins and nine draws. Marcus Thuram is having muscular problems while Nico Elvedi is on the red card suspension ahead of this game.

Extending their winless streak, Die Kraichgauer lost the last game against Bayer Leverkusen with a final score of 2-4. Hoffenheim can possibly end their campaign as low as ninth, currently standing at the eighth position with 4 points. The club gaffer Sebastian Hoeneb will have to contend with seven players on the injury list before this game.

Questions About Monchengladbach vs Hoffenheim 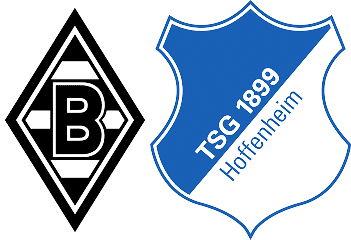 Where is the game being televised? beIN Sport Max (Fra), Sky Bundesliga, Viaplay.

Where is the game being played? Borussia-Park (Mönchengladbach).