With 28 points to their name, TSG 1899 Hoffenheim enjoyed their third-best first half of a Bundesliga campaign. They will be looking to kick off the 2022 calendar year on a positive note against relegation-threatened Augsburg at the PreZero Arena.

Despite enjoying their third-best start to a Bundesliga campaign, two consecutive stalemates saw Hoffenheim slip out of the top four. They will fancy their chances against Augsburg, who are out of the relegation slots courtesy of a one-point cushion. Add to the fact that Die Kraichgauer are unbeaten in seven home matches across all competitions, winning six in the process. They should take the three points on offer and get back in the race for top-four and Champions League qualification.

There are ten points separating Hoffenheim and Augsburg. It is interesting to note that both teams have the same amount of goals conceded, which should make their meeting exciting. Moreover, Augsburg is the team against whom the Die Kraichgauer have registered the most amount of clean sheets. However, four of their last five duels saw both sides hit the back of the net and we predict that this trend will continue in this meeting. Hoffenheim have conceded 9 goals in their last five outings, four more than their rivals.

Hoffenheim vs Augsburg: Check out the best odds and the latest stats

Hoffenheim vs Augsburg: Check out the team lineups

It has been a refreshing campaign for Hoffenheim faithful who have witnessed them register their third-best start to the season. Despite his managerial infancy Sebastian Hoeness is leading them back to the Champions League. However, he will be concerned with his charges inability to secure wins in their last three outings of the 2021 calendar year.

Bundesliga continuity is on the line for Augsburg given their poor performances. While their defence has let them down, more shambolic has been their offensive ranks. They have struggled to create scoring opportunities, and when the chances did present themselves, the forwards failed to put them away. Augsburg has the third-worst attacking productivity in German top-flight football thus far and need to improve on their numbers if they are to avoid relegation.

Questions About Hoffenheim vs Augsburg 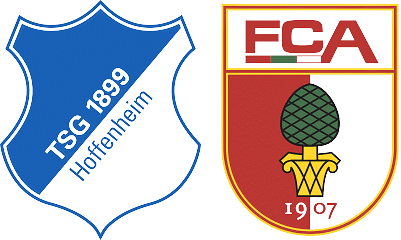 Who won the last h2h? 0-4 in favour of Hoffenheim.

Where is the game being played? PreZero Arena.