Top free betting tips and odds for HIFK vs VPS

HIFK focus to get the first victory of the league when they host VPS in their Veikkausliiga outing on 18 June. The Stripe come into this game a home defeat of the Suomen Cup and will want to get back to winning ways.

Away win for VPS

HIFK has won two of the last three attempts, both of the Suomen Cup, but they have been terrible in the league and lost the recent two as well. The Star Chested also conceded consecutive four home defeats before this duel. On the other hand, VPS has registered two victories in the last three outings and seems confident over the away results, winning the last three visits in a row. In addition, the  Stripe also won three of the recent five H2Hs at the home of HIFK. So we expect VPS to take away three points from this visit.

HIHK were involved in high totals in Suomen Cup outings but their attacking line has lagged in the domestic league, scoring only four in the last five matches. In opposition, VPS has also added a total of only six goals in the previous five attempts in various competitions. The recent successive H2Hs have gone with over 2.5 goals but we see the change of trend in this game with a low-scoring total.

HIFK vs VPS: Check out the best odds and the latest stats

HIFK vs VPS: Check out the team lineups

The Star Chested were restricted to a 1-1 draw, losing the lead in the second half but advanced to the next round of the cup on penalty shootouts. But a long run of winless games has thrown them to the last of the table. The team manager Mixu Paatelainen will have zero fitness and suspension issues in the team coming into this game.

The Stripe ended the 90 minutes of the last game in a 0-0 draw against HJK but faced the elimination on the penalty shootouts. VPS has recorded three wins in the nine league attempts and stands at the eighth position in the standings. Sebastian Strandvall will be out of this game due to a cruciate ligament rupture.

Questions About HIFK vs VPS 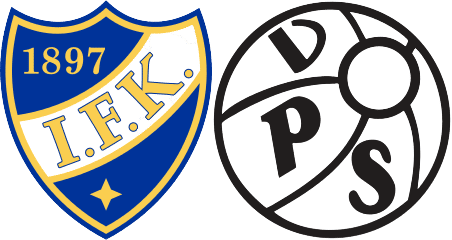