Surprise package Cologne ended 2021 with successive victories. The Billy Goats have a tough task on their hands as Bundesliga resumes with a trip to Hertha Berlin.

Hertha Berlin has found scoring difficult this season with just 20 goals to their name. On the other hand, Cologne has improved in the attacking department with a respectable 27 strikes accumulated. As both sides face-off, we are backing a high scoring affair. Both sides have seen three of their last five Bundesliga affairs conclude with Over 2.5 total goals and this meeting should not be any different. Moreover, three of their last five encounters have also followed this trend.

Steffen Baumgart's arrival has seen Cologne's fortunes improve. Anthony Modeste could not welcome his presence in the Rhine Energie Stadion's dressing more with a new lease of life. The French forward had a disastrous spell on loan in France last season and has silenced his doubters. The forward is the fourth highest scorer in Bundesliga this season and arrives at the Olympiastadion in fine form. He has scored three goals in his last two outings and should add to his tally against the porous defence of Hertha Berlin which has the second-worst defence in German top-flight football.

Hertha Berlin vs Cologne: Check out the best odds and the latest stats

Hertha Berlin vs Cologne: Check out the team lineups

Tayfun Korkut took charge of struggling Hertha Berlin and has steadied the rocking ship. With half of the season staring ahead, the Berliners are still far from safety. They are four points from safety and have a long way to go. While their attack has improved of late, their defence needs to shore up if they are to ply their trade in the Bundesliga next season.

A play-off escape allowed Cologne to continue their German top-flight flirtations. They have not looked back since and currently find themselves in eighth place, two points adrift of Europa Conference League qualification slots. They will arrive at the Olympiastadion with confidence after earning successive victories to finish 2021 in fine fashion.

Questions About Hertha Berlin vs Cologne 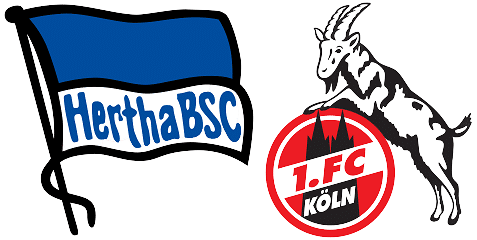 Who are the players to watch out for? Anthony Modeste (Cologne).