Heracles have made a phenomenal start to the campaign and could feasibly go top of the standings with a win here. Will they bag three points here? Find out with our Heracles vs Helmond Sport match preview with free tips, predictions and odds mentioned along the way.

The obvious bet for Heracles vs Helmond Sport is to back the home side to win but with the hosts heavily odds on it's hardly a wager that whets the appetite. With that noted, considered and then dismissed as an option, we've cranked things up by betting on Heracles to win with the match seeing over 2.5 goals. Heracles have won three of their last five games with all of those games going over the 2.5 goal mark. Helmond Sport meanwhile have lost three of their last five matches. Admittedly, only one of those three defeats went over 2.5 goals but, notably, last time these sides met Heracles hit Helmond Sport for five!

With our first tip including a prediction that we'll see at least three goals you would be forgiven for thinking the game might ebb and flow. That's not how we see the action unfolding though and we are backing at least one side to fluff their lines in front of goal. Heracles have seen three of their last five matches include a ‘nil' in the final scoreline; they have blanked once and kept two clean sheets. As for Helmond Sport, three of their last five have seen a ‘nil' – twice they've failed to score and once they've kept a clean sheet. Then you have the head to head record, none of the last four clashes have seen goals at both ends.

Can Heracles move to the summit of the league?

It would be an understatement to say these two have started their campaigns off in very different fashion. Heracles could be top come then end of this match whilst Helmond Sport could be rank last. With such big things to motivate both sides, we could be about to witness a belter of a football match.

Heracles' good start to the season shouldn't be made light of but a fit and firing squad certainly helps. Only Robin Polley is likely to be unavailable for selection here.

With Helmond Sport struggling near to the foot of the table it's natural to look for excuses. They've got a clean bill of health on the injury front though so there will be no excuses of that nature here.

A quickfire FAQ on Heracles vs Helmond Sport 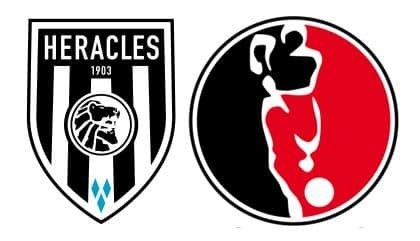