FW Predictions and Betting Tips for Helsingborg vs GIF Sundsvall

Helsingborg can move off the bottom of the table with a win this weekend when they play host to GIF Sundsvall. The visitors only sit two places and 3pts ahead of their hosts in the Allsvenskan table and we are yet to see the best of either side so far this season.

We're backing Sundsvall to avoid defeat in the basement battle as the visitors have picked up two wins and two draws from their last five competitive and non-competitive encounters with Helsingborg. The hosts also have key attack van den Hurk suspended this weekend and boast a selection of injury concerns heading into the match, while Sundsvall have a clean bill of health.

Both teams have scored in five of the last six encounters between these two clubs in all competitions, and we're predicting more of the same this weekend. Two of Helsingborg's last four league games as well as each of Sundsvall's last four outings in the Allsvenskan have also produced goals at both ends of the pitch, adding further weight to our prediction.

Victory would take bottom side Helsingborg level with Sundsvall

Helsingborg would probably have been happy to pick up a point in their last game away at Varberg, and that is just what they got as both teams ended up firing blanks at the Energi Arena. A tight and tense first forty-five minutes ended goalless and the second half followed suit with Helsingborg the happier of the two clubs to come away with a share of the spoils.

Sundsvall might have had the home advantage against Hacken last time out but you wouldn't have noticed as the hosts were blasted off the pitch. An early penalty put Hacken in front but Engblom converted a spot kick of his own to equalise for the home side shortly after. Despite going in level at the break, Sundsvall conceded four goals in the second forty-five as Hacken romped to a comfortable victory in the end.

Helsingborg: van den Hurk is suspended, while Olsson, Suljic, Blixt and Almadjed could miss the game through injury.

GIF Sundsvall: the visitors have no injury concerns or suspended players ahead of this weekend's match in the Allsvenskan. 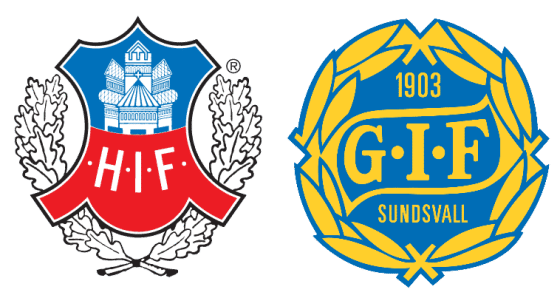