Hammarby could go level on points with the league leaders this weekend, providing they can find a way to defeat first-placed Hacken. The visitors top the table with 23pts but face a very tricky away game against the division's third-placed side this weekend.

We're expecting these two teams to cancel one another on Sunday just as they have done in each of their last three league meetings. Each of those games ended in 1-1 draws and Hammarby have seen two of their last five competitive and non-competitive fixtures also end in draws, while Hacken are unbeaten in their last six matches and drew their last game, a friendly against Orgryte 2-2. Hammarby might sit behind Hacken in the Allsvenskan table but they are unbeaten in their last five encounters with Sunday's guests in all competitions, four of which have ended in stalemates.

Both teams have scored in three of the last five meetings between Hammarby and Hacken and we're predicting more of the same this weekend. Two of Hammarby's last three outings have witnessed both teams scoring while five of Hacken's last six fixtures have also produced goals at both ends of the pitch, so you can see why we're not backing either side to keep a clean sheet on Sunday.

Everything you need to know about Hammarby vs Hacken

Entertainment guaranteed in this top-of-the-table clash

Hammarby were away at Varnamo for their last league game where a solitary goal proved enough to decide the destination of all 3pts. The pair played out a goalless first-half but just 4-minutes after the restart, Varnamo took the lead through Antonsson with what turned out to be the only goal of the game.

Hacken played out a 7-goal thriller with Sirius before the international break. The hosts, Hacken, took a two-goal lead through Jeremejeff and Uddenas but Sirius pulled a goal back before the half-hour mark. Just 10-minutes into the second half, Hacken had their goalkeeper Peter Abrahamsson sent-off and in the 77th-minute Sirius equalised from a penalty. Rygaard put the 10-men of Hacken back in front with just 4-minutes left on the clock but the visitors appeared to have snatched a point when Kouakou made it 3-3 deep into stoppage time. However, there was time for one last attack from the home side and Hovland found enough time and space to force home a winning goal for Hacken in the most dramatic of styles.

Hammarby: Oliver Dovin and Jon Gudni Fjoluson are the two main injury concerns for the hosts.

Hacken: Peter Abrahamsson is suspended, while Maarouf, Sadiq and Youssef could all miss the game through injury. 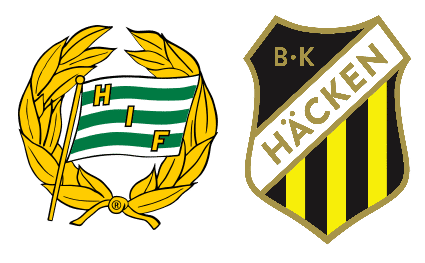