Hacken will be hoping to move back to the top of the Allsvenskan table on Monday night but in order to do so, they need Djurgarden to slip up in their game. Struggling Helsingborg provide the opposition on Monday night and a win for the visitors could take them out of the relegation zone.

Hacken & Both Teams to Score

While recent encounters between these two teams have been fairly low-scoring, we're expecting a lot of goalmouth action on Monday night. Five of Hacken's last six league games have produced over 2.5 goals, including their epic 4-4 draw with Elfsborg last time out and an impressive 5-1 win at GIF Sundsvall a couple of weeks earlier.

Silkeborg looking to continue fine start to the season

Hacken got off to a poor start away at Elfsborg, going behind in the 5th-minute to an own goal from Hammar. However, Jeremejeff equalised 2-minutes later only for Elfsbvorg to retake the lead less than 60-seconds later. After the break, it took just 2-minutes for Hacken to get back to 2-2, thanks to an own goal, from Vaisanen and 3-minutes after that, Jeremejeff fired Hacken in front. Elfsborg equalised in the 54th-minute but Hacken thought they had won the game when Jeremejeff completed his hat trick in the 83rd-minute only for Elfsborg to equalise 2-minute from time, making the final score 4-4.

Helsingborg made a much-needed return to winning ways last time out at home to GIF Sundsvall. The only goal of the game was scored on the half-hour mark by Gigovic after good work from Wiedesheim-Paul. That result should give Helsingborg plenty of confidence ahead of what will be a much-tougher test on Monday night.

Hacken: Ali Youssef and Jonathan Rasheed will miss out through injury.

Q&A for Hacken vs Helsingborg 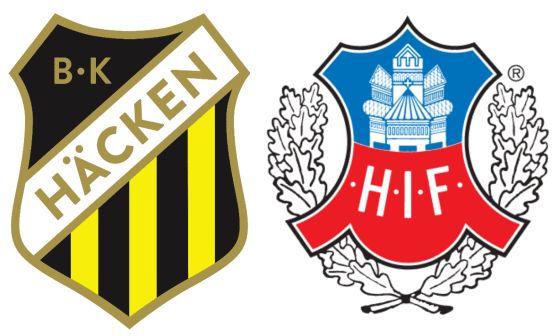