Vitesse are yet to win in the Eredivisie this season. Will that win arrive here? Find out with our Groningen vs Vitesse match preview with free tips, predictions and odds mentioned along the way.

It can be said that Groningen have won just one of four games this season; however, they've actually enjoyed a good run of form this summer. On the other hand, we can also say that Groningen have not lost many games recently; as they suffered just one loss in their last seven matches in all competitions, with four wins and two draws. By comparison, Vitesse have fared relatively worse than Groningen; they've lost three of four league games so far, with one draw. What's more? Vitesse have no wins in their last eight matches in all competitions, with two draws and six losses. Considering both teams' recent form, coupled with the fact that Groningen are playing at home, Groningen should win.

Vitesse have had the worst defence in the Eredivisie so far this season; they've seen their defence breached 14 times in four league games, that's 3.5 goals per game on average. In fact, Vitesse allowed at least two goals in all of their last eight matches in all competitions. We would like to point out that all of Vitesse's last seven games saw at least three goals scored; they've played four league games so far, and all of those matches went over 3.5. In the same vein, Groningen have had their fair share of high-scoring games; as 11 of their last 13 matches went above the 2.5 goal mark. For this reason, we should expect the goals to flow in this match.

Here are the key stats & form guide for Groningen vs Vitesse

Vitesse are hunting for a first win

It's been a tough start to the campaign for Vitesse as they sit in the Eredivisie bottom three but they earned their first point last time out. Given Groningen have only won one of their four league games to date, this could be a match that Vitesse think they can take something from.

Groningen saw a lot of activity in the transfer market over the past few days; they signed Florian Kruger from Arminia Bielefeld, while Ricardo Pepi joined the club on loan from Augsburg. On the other hand, Romano Postema left for Roda JC on loan, while Daniel van Kaam signed for Cambuur, with both players leaving on the last day of August.

Vitesse brought in Gabriel Vidovoc from Bayern Munich, and Bartosz Bialek from Wolfsburg on loan this week; they also saw Daan Huisman leave for Venlo on a loan deal.  Also, Sondre Tronstad will be available for selection after serving a suspension due to a red card.

A quickfire FAQ on Groningen vs Vitesse 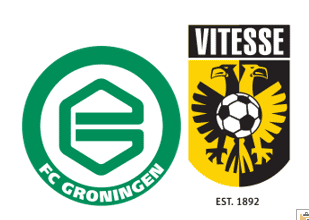