Spain could move back to the top of Group B with a win over Greece on Thursday. The hosts managed to secure a draw in Spain and will be confident that they can get something out of this game with Spain having a few injuries to key attacking players.

Here are our predictions for Greece vs Spain.

We're predicting a draw on Thursday as two of the last four meetings between Greece and Spain have ended in stalemate. Greece have improved a lot in recent years and the fact they secured a draw in Spain earlier this year speaks volumes. The hosts have only lost two of their last six international matches and both of those arrived away from home. Spain are the favourites for good reason but they will be without a number of their usual attacking option this week.

Under 2.5 goals have been produced in four of the last six meetings between these two clubs, including March's 1-1 draw in Spain. Three of Greece's last four outings have also witnessed fewer than three goals scored as have two of Spain's last four away trips, so you can see why we believe this game will be tight and tense throughout.

As for a final scoreline, we're going with a 1-1 draw in this game as that's the way it finished when the two sides locked horns in March. Both of each team's last stalemates have ended 1-1 and their last two head-to-heads that ended all square both produced a single goal apiece. Spain's top scorer Ferran Torres is out injured, as are teammates Moreno and Oyarzabal, so the visitors will have to rely on Morata to do the business and the Juve striker can be hit and miss for his country.

Greece made the tricky trip to Sweden last month and while they managed to hold the home side to a goalless draw at the interval, Sweden scored twice in the second forty-five to secure all 3pts. Greece are comfortably in third place in Group B as things stand but could put some serious pressure on Spain with a win on Thursday.

Spain's last match was in the Nations League final against France. Oyarzabal put the Spanish in front in the 64th-minute and many believe that would be good enough to win the game and the title. However, Benzema hit back straight away to make it 1-1 and Mpbappe fired the French in front with 10-minutes left on the clock. Spain have made some improvements over the last couple of years but they are by no means infallible.

Your Questions – Greece vs Spain 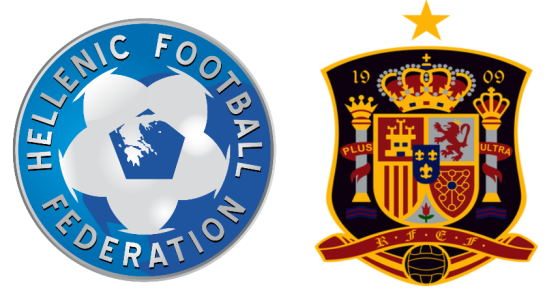