Greece had their feint hopes of a World Cup Finals place ended in midweek as Spain ensured they suffered back to back defeats against the top two. Can they end their campaign on a positive note by beating Kosovo? Find out with our Greece vs Kosovo match preview with free tips, predictions and odds mentioned along the way.

Greece vs Kosovo: Our top tips

Greece have lost two consecutive matches but we are still making the prediction that they win this match. Prior to those recent defeats, they'd only lost one in 14 having won seven and drawn six. Kosovo meanwhile haven't won in any of their last five and have lost four on the spin heading into this game. Some will point to the last couple of meetings between these sides and highlight the fact they both ended level but we'd point out the fact that Kosovo have never beaten Greece. Given that, general form and home advantage we think Greece is the bet.

Our next prediction backs this game to see under 2.5 goals. A look to the recent form of both sides will quickly tell you why that bet offers value. Greece have gone under 2.5 goals in four of their last five including their last three. Their average in that period is just 2.0 goals per game. Kosovo have also been regularly involved in low scoring goals; three of their last five have been under the all important cut off with an average of 2.4 goals per game. To cap the tip off the last two meetings between the two nations have ended south of 2.5 as well.

Our final prediction for this match is that at least one side will fail to score. Greece haven't seen both sides net in any of their last three games whilst Kosovo's last four have seen three games end with a nil in the score line. With Kosovo scoring just four goals in qualifying so far and Greece scoring just seven neither are exactly prolific. For that reason BTTS No looks like a sensible wager.

Find the best odds for Greece vs Kosovo

Greece will be feeling gutted heading into this after losing on the week to confirm another major tournament will pass without their involvement; it is the hope that kills you after all. They can at least give a good account of themselves here in front of their own fans who will cheer them on for a decent campaign. Kosovo haven't ever looked like qualifying themselves but, again, all things considered they've done themselves proud. Both nations will be missing key players in this game though. Greece will be without Anastasios Bakasetas whilst Kosovo's Bersant Celina opted to stay with his club for the week.

FAQ on Greece vs Kosovo 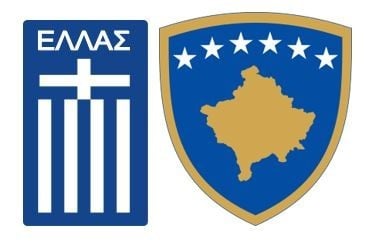