The first game to be played on Saturday in La Liga is the Mallorca vs Granada duel and it should be a very interesting matchup. So, here's our preview of the game, followed by some free betting tips.

Our favourite Mallorca vs Granada betting picks and predictions

If you need a bit of help to find the right bet for the Mallorca vs Granada duel, check our top betting tips for this game:

Mallorca and Granada to Draw

In the round in which we will see many derbies, perhaps the most interesting is the duel between Mallorca and Granada, two teams fighting for their life and a place in La Liga next season.

Mallorca is currently one point ahead of Granada and one spot out of the relegation zone, so the winner of this game will have a huge boost in the battle against relegation. However, we don't see any team winning. After all, both teams need points and they are in similar forms. Meanwhile, Mallorca is hosting the game, but Granada beat them in four of their last five meetings. So, a draw sounds like the most reasonable outcome.

Both teams have scored in three of the last five head-to-head duels between Mallorca and Granada, so we expect to see the same thing in their next game too.

Furthermore, both teams have scored in 62% of all Granada matches in La Liga so far, while the same is true for 47% of all Mallorca games in the league this season.

Top odds, stats, and more for Mallorca vs Granada

If you are looking for the best Granada vs Mallorca odds, check our selection of odds from the top UK bookies:

This is one of the closest matchups in the round, so let's take a closer look at the teams before they meet on Sunday:

With two wins and four losses in the last six games in La Liga, Mallorca is still keeping out of the relegation zone, but only barely. At the moment, they are one point ahead of the first team in the zone, their upcoming opponent Granada. So, the next game could put the team in a much favorable situation if they win, but if they lose, they will have to stress until the last round.

The team will once again be without Aleksandar Sedlar and Dominik Greif, while Jaume Costa is also injured at the moment and questionable for the upcoming game.

Although they only lost twice in the last six games in La Liga, Granada also has just one win in the same period, with three of their matches ending in a draw. That was not enough to keep them out of the relegation zone and Granada needs to get more points in the remaining four games if they want to claw their way out of it.

When it comes to team news, Ruben Rochina, Raul Torrente, and Carlos Neva are on the sidelines for the upcoming game against Mallorca, which could be a crucial one for the team.

The most common questions for Mallorca vs Granada 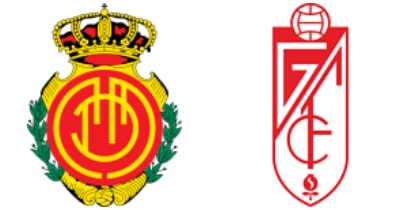