Gornik Zabrze and Cracovia meet to battle it out for three points on Monday, July 18th. Can Gornik open the new Ekstraklasa campaign with a win? Read our free predictions and find the latest odds for the fixture below in our detailed match preview.

Gornik Zabrze are favourites to pocket three points at Cracovia’s expense in the teams’ first Ekstraklasa fixture of the new campaign on Monday. Read our top three predictions for this week’s fixture below.

Just one place and one point separated Gornik Zabrze (8th) and Cracovia (9th) in last season’s Ekstraklasa, though the last meeting between the clubs – which was relatively recent – provided plenty of interesting insight. Gornik were much the better team and ran out 3-0 winners over Cracovia in March and with that result still fresh in the respective players’ minds, we recommend siding with the hosts again on Monday.

The ease at which Gornik Zabrze put Cracovia to the sword in March was notable and having already shown that they have an edge sharp enough to carve open The Stripes’ backline, Gornik could enjoy another productive outing in the final third on Monday. Gornik have notched at least twice in six of their last ten home assignments and they can be backed at a decent price to hit over 1.5 goals again on Monday.

Top Betting Odds and Stats for Gornik Zabrze vs Cracovia

View our rundown of the best stats for Monday’s game below alongside a tool to help you choose the best odds.

Read all of the injury updates and team news for Monday’s Ekstraklasa clash between Gornik Zabrze and Cracovia below.

German Bartosch Gaul takes charge of Gornik Zabrze for the first time in a competitive fixture on Monday and the 34-year-old will be desperate to make a positive early impact. Gaul added compatriots Jonatan Kotzke and Kevin Broll to his squad over the summer, while Jean Jules was also a noteworthy arrival from Albacete.

Cracovia made some interesting acquisitions in the summer market, with Patryk Makuch, Benjamin Kallman and Takuto Oshima a trio of new faces hoping to make their mark. Pelle van Amersfoot left the club after his contract expired however, and the Dutch midfielder will be missed. 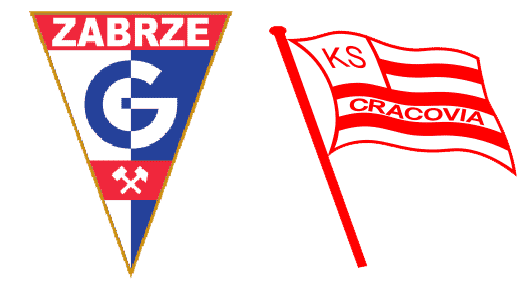 Who is Gornik Zabrze’s manager?

Bartosch Gaul is in charge of Gornik Zabrze having been handed the role in June.

The Stadion im. Ernesta Pohla will host Gornik Zabrze vs Cracovia on Monday.