One of the closest matchups in the upcoming round of La Liga is the Getafe vs Real Valladolid duel, scheduled for Saturday, October 1st. With that in mind, we prepared a detailed preview of this game just for you, followed by free betting tips.

If you are not sure what is the right bet for Getafe vs Real Valladolid, check our favourite betting picks for this game:

Neither of the two teams had a great start of the new season, but Getafe did a bit better and they are three points ahead of Real Valladolid, who is currently in the relegation zone.

In addition to this, Getafe won two games in a row ahead of this match, so we won't be surprised to see them beat Real Valladolid as well to continue their streak.

Three of the last five h2h meetings between Getafe and Real Valladolid have gone under 2.5 total goals, so we can see that being the case when they meet again on Saturday.

Top Odds and Stats for Getafe vs Real Valladolid

If you are looking for the best Getafe vs Real Valladolid odds, you can find them all right here:

This can be a very close and exciting duel, so let's take a closer look at both teams before they meet:

After three losses and one draw in the first four games of the new season, Getafe won two games in a row in the last two rounds, beating Real Sociedad and Osasuna in the process. Overall, the team didn't do badly if we also consider their schedule, so their fans can rightfully be hopeful ahead of the next game.

Another positive for the team is the fact that only Luis Milla is out at the moment to serve a suspension, while the rest of the squad is ready to rumble.

With four points from the first six games, Real Valladolid didn't have a good start of the new season in La Liga. However, that's also not such a bad haul for a team that's newly promoted, but Valladolid will have to do a bit better if they want to secure their spot in the top flight of Spanish football for next season as well.

When it comes to team news, Sergio Asenjo and Luis Perez are currently out with injuries for Real Valladolid. 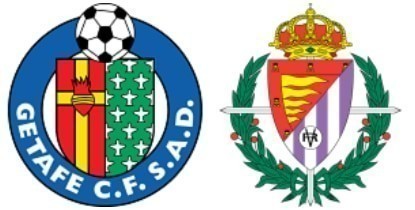