The only La Liga match scheduled for Thursday is the Getafe vs Granada duel. If you want to know more about this game and get some free betting tips, keep reading.

Our top betting predictions for Getafe vs Granada

If you are unsure what is the best bet for Getafe vs Granada, check our favourite betting tips for this duel:

Getafe and Granada to Draw

The last two head-to-head duels between Getafe and Granada have ended without a winner and we can see that happening once again on Thursday.

After all, both teams are in good form at the moment and it's tough to predict who is closer to a win. Perhaps Granada is doing a bit better, but Getafe will host the game. So, a draw sounds like the most reasonable outcome for both teams.

Both teams have scored in three of the last five h2h meetings between Getafe and Granada and we expect the same thing to happen in their upcoming match as well.

Furthermore, both teams have scored in 65% of all Granada matches this season in La Liga. However, this only happened in 30% of all Getafe matches in the league until now. Still, we can see both teams scoring in this match.

The highest odds and useful stats for Getafe vs Granada

If you wish to bet on the best La Liga odds, including the highest odds for Getafe vs Granada, you can find them all right here:

With both teams in good form, this should be a good match. So, let's take a closer look at both teams right away:

With two wins, three draws, and one loss in the last six games, Getafe finally found their rhythm this season and they managed to get out of the relegation zone at least. Of course, they are still in danger of relegation since they are just one point away from the relegation zone at the moment, but at least the team can be optimistic about their chances if they can keep their form going.

Getafe will be without Sabit Abdulai and Jose Macias in this game since the pair is dealing with injuries at the moment. Meanwhile, Sandro Ramirez is still questionable with coronavirus, although he is more likely to play than not.

The team that reached the semi-finals of Europa League last season has struggled for a while, but now they are on a streak of seven matches without a loss in the league. During this streak, Granada won three games and drew four times. However, they were also recently eliminated from Copa del Rey by Mancha Real, a team from the fourth rank of Spanish football.

When it comes to the team, Granada is in pretty good shape. Santiago Arias and Neyder Lozane are the only two players already ruled out of this game. Also, Ruben Rochina is questionable.

The usual questions for Getafe vs Granada 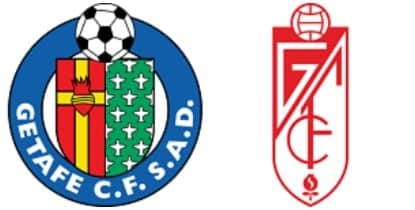