Our Top Two Predictions for Germany vs Israel

Germany have played Israel three times before and won on each of those occasions. The hosts head into this game as the big favourites to win, and rightly so, but Israel do carry a goalscoring threat of their own and he plays his club football in the Bundesliga.

We're backing a Germany win with both teams scoring in the process as Germany have won each of their three previous encounters with Israel. While Germany have a good defensive record of late, four clean sheets in their last six attempts, we're expecting the home side to field a weaker starting eleven this weekend ahead of a tough game against one of their local rivals, the Netherlands. Both teams have scored in five of Israel's last six matches, all of which were World Cup qualifiers, so the visitors know how to find the back of the net on a regular basis.

Gnabry joint-top scored for Germany in the World Cup qualifiers alongside Gundogan and Werner with 5-goals, and we're backing the German star to score against Israel on Saturday. Gnabry has an excellent record for his country, scoring 20 times in just 31 appearances and is in line to start against Israel this weekend. The Bayern Munich man has already equalised his total league goals of last season, 10, and has only made 19 starts for the German giants this season.

Can Israel avoid defeat against the odds at the PreZero Arena

Germany were away at Armenia for their final World Cup qualifier back in November where a goal from Havertz gave the visitors the lead after just 15-minutes. Gundogan made it 2-0 from the penalty spot in first-half stoppage-time and then added his second goal of the game 5-minutes after the restart. Hofmann added a fourth goal in the 64th-minute to wrap up a 4-1 win for the Germans.

Israel made hard work of Faroe Islands last time out, despite having the home advantage. Dabbur put the hosts in front on the half-hour mark and Isreal lead 1-0 at the break. Weissman made it 2-0 in the 58th-minute but the Faroe Islands responded with two goals of their own in the space of 10-minutes to get back onto level terms. However, Peretz made himself the hero in the 74th-minute when he fired home which turned out to be the winning goal for Israel.

Germany: Leno, Süle, Gosens, Hummels, Can, Brandt, Reus, Goretzka, Adeyemi and Volland have not made the squad for the upcoming friendlies.

Israel: Harush, Tibi, Taha, Elhamed, Tawatha, Golasa, Kayal, Weissman and Zahavi have not been selected by the visitors.

Q&A for Germany vs Israel 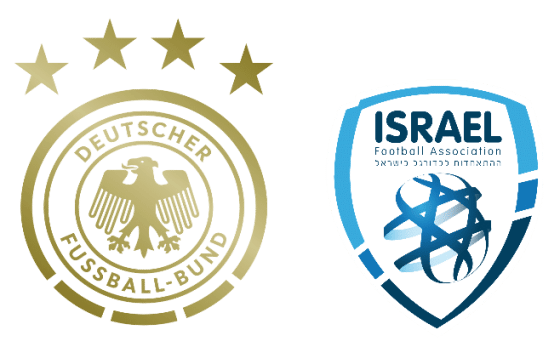