The German National team will be hosting Iceland in the MSV-Arena on 25.03.2021, for a World Cup qualifier game. In this article, we've summed up the best free betting tips for the current match.

Our Germany vs Iceland free betting predictions and odds

Our team of football experts has analyzed the latest statistical information for the game in hand, and came up with the following free predictions:

Odds are true at the time of writing, but keep in mind that they are subject to constant change. Our recommended bookmaker for this match is Ladbrokes.

To Win to Nil – Germany

Being the clear favorite, this pick shouldn't come as a surprise. Iceland has never won against the German squad, and historically they've managed to score a single goal in 4 fixtures in the past. Germany keeping the clean sheet here is the natural thing to come.

Looking back through Germany’s last games, it's obvious that Joachim Löw’s men waste no time getting on the scoreboard. Their last 5 wins have resulted in goals in both halves, and the Iceland line-up shouldn’t complicate things too much. The odds of 11/10 bring great value to this bet.

Playing against lesser-ranked sides, Germany can often be seen smashing goal after goal. In their last 10 games, this pick has only failed against some of the top teams in the world including Spain and Argentine, but also Switzerland and Ukraine. This is still a dicey bet, so manage risk accordingly.

How both squads match-up

These two sides have rarely faced each other, with the last such occurrence being in the 2003 UEFA European Championship. Germany won the tie 3-0 on aggregate, but too much time has passed to be able to judge based on these matches.

Taking a look through Germany's most recent games – 6 in 2020, Löw's side fails to impress – 2 wins, 3 draws, and a 6-0 loss to Spain. To add salt to the injury, the thumping by Spain was their most recent match result. Despite these statistics, keep in mind that the German squad is one of the highest skilled and most consistent out there.

On the other hand, Iceland’s statistics look even grimmer. The team coached by Arnar Viðarsson is on a 5 matches loss streak with a goal tally of 3-13. To be fair, their Nations League group including England and Belgium was ruthless, but Germany wouldn’t be any more pleasing. After all this remains a rather one-sided fixture. 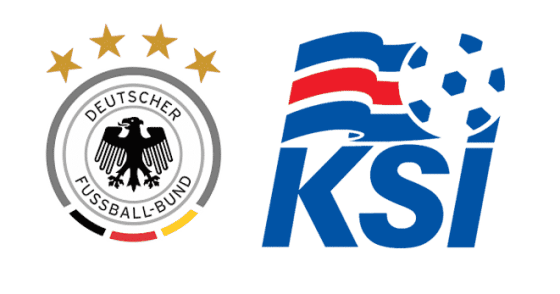